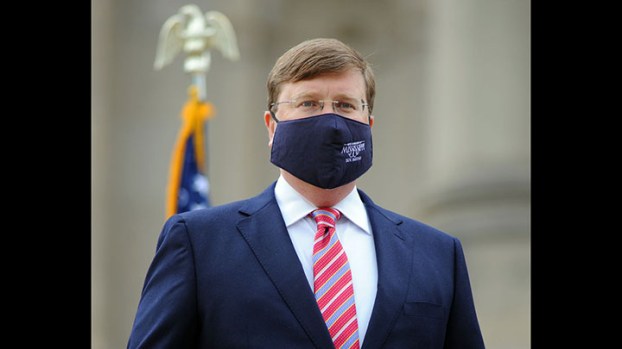 Gov. Tate Reeves has not made appointments to fill vacancies on Mississippi’s two main education boards — a move the chairwoman of the state Board of Education says has been “crippling” to the work of that panel.

Reeves’ slow-rolled appointments could leave the boards that govern K-12 education and universities with multiple vacancies until the next legislative session begins in January 2022. The delayed appointments have already affected the ability of one board to function as needed: the Board of Education had to cancel a meeting in November because it lacked a quorum.

Reeves is currently due to make appointments for four vacancies that will occur on the IHL board on May 7. Without appointments by that date, the college board will be down to eight members — the exact number needed for a quorum. That means that if any board member had to miss a meeting, they would not have a quorum to legally meet.

The governor also must fill two current vacancies on the state Board of Education. There are currently five members on that board, which meets the exact quorum. One of the seats Reeves is responsible for filling on the Board of Education — a teacher representative — has been vacant since June 20, 2020. The other, representing the state’s southern district, has been vacant since Nov. 20, 2020.

Reeves, according to Senate staffers and the legislative web page, has not submitted nominations to the Senate for picks to either board. It is likely too late in the 2021 legislative session for the Senate to consider any appointments, which normally require a background check prior to confirmation.

When Mississippi Today reporters tried on Thursday to ask Reeves about the vacancies as he left the Capitol surrounded by security and staff, he refused to answer questions, saying to contact him via email. He has not responded to Mississippi Today’s emailed questions.

If Reeves makes the appointments after the 2021 session ends, legal experts told Mississippi Today there is question of whether the appointees could begin serving prior to the next legislative session, which begins in January 2022.

The attorney general, in a 1977 opinion, seemed to support the argument that if the governor does not make the appointments during the current legislative session, he must wait until next session. The opinion stated when a “term is about to expire and will expire by limitation before the next session of the Senate, the governor should nominate a person to fill the vacancy” and “if he fails to do so, he cannot make a valid appointment to fill such a vacancy in the vacation of the Senate.” If the governor tried to do so, it “would be to limit and abridge the right of the Senate to advise and consent to the appointment.”

Another option would be for Reeves to call a special session of the Senate to confirm any appointments he might make after the session ends.

“There are so many good things going on despite the pandemic and despite having to convert to virtual education in some situations,” Aultman said. “Teachers have continued to do their best to teach, and districts have been working hard to keep the pace, and of course part of that equation is the board being able to approve grants, contracts, all the things that come into play to be able to function … It makes it very crippling not to have a complete board.”

Reeves, now in his first term as governor, has been known for moving slowly in appointments to boards and agencies, including during his former role as lieutenant governor. In 2020, he didn’t name people to the board to redesign the state flag until a week after the deadline set by the Legislature. That deadline was clearly spelled out in the bill Reeves signed into law himself.

In 2017, some blamed the state’s late start on its bicentennial celebration — it didn’t fully roll out until near the end of the state’s 200th year — in part because Reeves didn’t appoint people to long-vacant slots on the Bicentennial Commission until late that year.

Both Hosemann and Gunn said they are working to fill their seats.

“The chairman of the state Board of Education stepped down at the end of February, creating a vacancy which must be filled by an appointment of the lieutenant governor,” said Leah Rupp Smith, a spokeswoman for Hosemann. “The lieutenant governor will be considering candidates next week.”

In September, Sean Suggs of Tupelo, an appointee of the speaker’s, stepped down when he accepted a job in another state. Gunn told Mississippi Today he has a stack of resumes on his desk he must read, but the 2021 legislative session has kept him from conducting interviews. He said he plans to begin work after the session ends in coming days to name a replacement for Suggs and hopes to find another northeast Mississippian to fill the post.

The section of law that some believe would prevent an appointee of the governor from serving prior to the 2022 legislative session does not apply to the speaker and lieutenant governor. There seems to be legal consensus that Gunn and Hosemann could make appointments that could begin serving immediately and face Senate confirmation in 2021. They would not have to wait for a new session to begin serving.

To further complicate matters, the term of northern district Education Board member Karen Elam is set to expire this June. That post also is a gubernatorial appointee.

The IHL board has not discussed the pending vacancies, said Shane Hooper, one of the four IHL board members whose term ends in May.

“We’re not experiencing any problems (like the Board of Education) — we still have all of our members, but some of us roll off the board in May,” Hooper said. “That is strictly a governor’s appointment, and we have no involvement in that.”

Senate Universities and Colleges Chair Rita Potts Parks, R-Corinth, said she is ready to act if the governor sends appointments for the IHL board.

“I am sure as soon as we get them we would be glad to take them up in committee. I am just waiting,” Parks said, but acknowledged it “could be” too late to finish the confirmation process this close to the end of the current session.