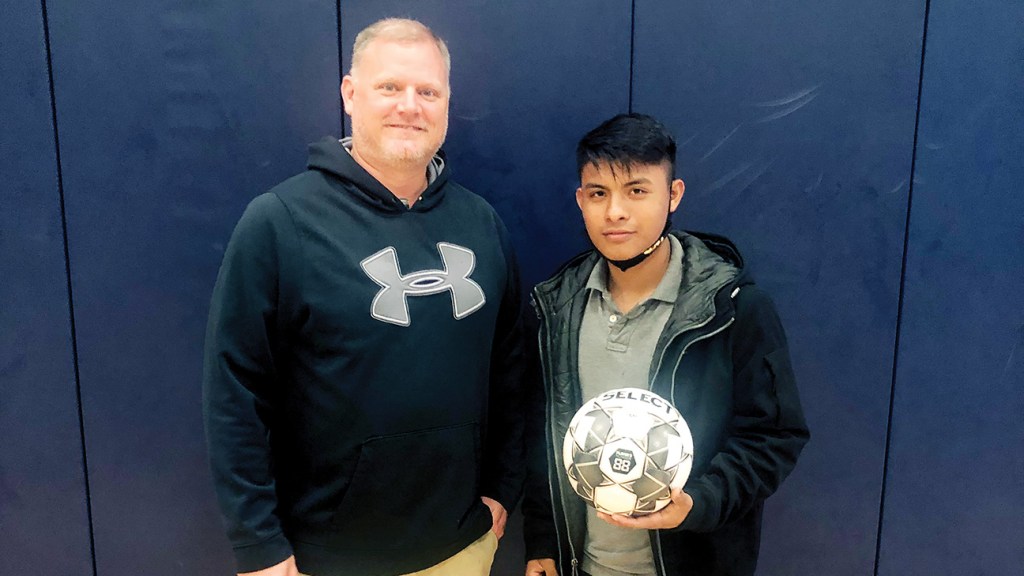 Bogue Chitto principal Scott Merrell needed a soccer coach. At a small school like BC, most coaches wear many hats and coach multiple sports. Then a special education teacher, Shane Nippe wasn’t involved with any extra curriculars and in him Merrill had found his man.

Nippe stepped to the plate to help found the program four years ago. This season his boys’ team finished 9-4 overall and made the MHSAA playoffs as the second-place team in Region 7-Class I. For that success, Nippe has been named The Daily Leader All-Area Coach of the Year.

“Our kids really enjoyed that taste of what it feels like to be successful this season,” said Nippe. “It’s only going to make our program better going forward. I knew in the preseason when I saw and heard about them getting together on their own to workout, we’d have a chance this year.”

Talk with Nippe and you can figure out he’s not a native Mississippian. His accent gives away that his roots are in the Midwest. Nippe graduated high school in the Indianapolis area.

Education brought him south though as he ended up working at the University of Southern Mississippi in the Human Performance & Recreation (HPR) Department as an instructor for nine years.

Love moved him to Lincoln County as he fell for a West Lincoln girl, his wife Allison. Allison was teaching at Bogue Chitto in the elementary at the time but is now in the same role at West Lincoln. The couple has two young daughters.

His first year in southwest Mississippi, Nippe worked in the McComb School District before he was hired at BC.

“Bogue Chitto is as a tight-knit place as anywhere I’ve ever been,” said Nippe. “It’s generational with the kids going to the same school that their parents and grandparents went to. It creates a really, really close community.”

Nippe now serves as a PE teacher at the school in addition to coaching both soccer teams.

“I’ve been really lucky,” said Nippe. “The parents of our players have supported the program as it’s grown, and you can’t ask for better kids to coach. This year was a lot of fun and they’re already looking forward to next season.”