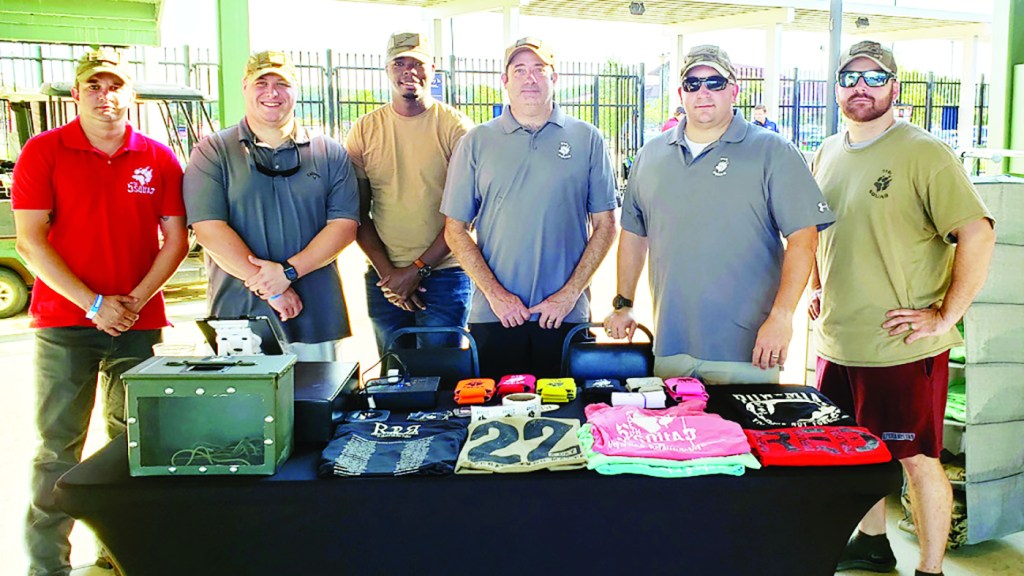 People who want to swing a club at a ball and help United States veterans at the same time will have that opportunity in April.

The 5th Squad Inaugural Ole Brook Open will be April 24 at The Ole Brook Brookhaven Country Club. The purpose of the four-person scramble is to raise funds to assist veterans in need.

More than one-third of all veterans of the U.S. Armed Forces are unable to pay their bills on time.

According to the most recent Military Financial Readiness Survey, 34% of active military members are unable to pay bills in a timely manner and the number is somewhat higher for veterans.

Though assistance options are available, many still struggle.

That’s why The 5th Squad formed five years ago with four soldiers who wanted to keep their service camaraderie alive and help fellow veterans. The organization is a Mississippi-based group that has grown in the years since, conducting several fundraisers throughout the year to raise money to assist veterans in need.

“If we know of a veteran who is two months behind on his light bill and needs assistance, we’ll step in and pay the bill to help them get caught up,” Griffin said. “We’ve paid rent to keep veterans from becoming homeless, if that’s the danger.”

The all-volunteer, veteran-run group often finds out about needs through recommendations from the Veterans Administration in Mississippi. Veterans can request help — or someone can request it on their behalf — and 5th Squad will do what they can to meet that need.

“We have picked up and delivered groceries. We replaced a bicycle for a veteran whose bike was stolen,” Griffin said. “If a veteran is homeless, we will pay first and last month’s rent, or a deposit, so that veteran can get off the street and back on their feet.”

Half of the time, volunteers with the organization don’t meet the veteran receiving assistance — the goal is to provide immediate assistance without all the red tape of larger organizations.

The group’s largest fundraiser annually is the Ruck for Rugrats, a 7.5-mile ruck march and toy drive to benefit the Blair E. Batson Hospital for Children. But 5th Squad will also sell $10 general admission tickets for the Mississippi Braves, beginning in May. Half of the ticket price will go directly to 5th Squad to assist veterans.

Registration deadline is April 10. Teams can register by picking up a form at The Ole Brook.

More information about the event, other fundraisers and the mission of the group can also be found at the 5th Squad website.

“Volunteers are needed to help at every event, and you don’t have to be a veteran,” Griffin said. “We just want to do whatever we can to help our fellow veterans in need.”