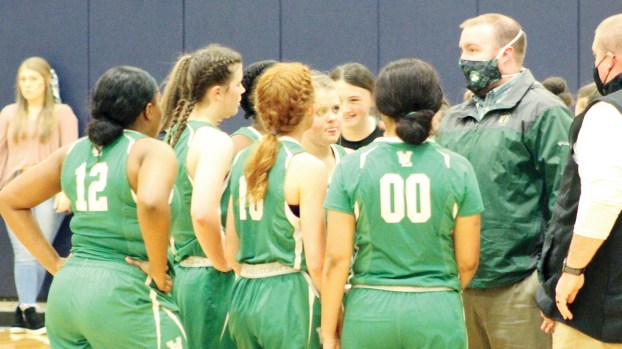 Daily Leader file photo Daily Leader All-Area Coach of the Year Brooks Smith won four straight region championships coaching his alma mater, West Lincoln. The Lady Bears made the 2A quarterfinals where they were narrowly beaten by Union High on the road. 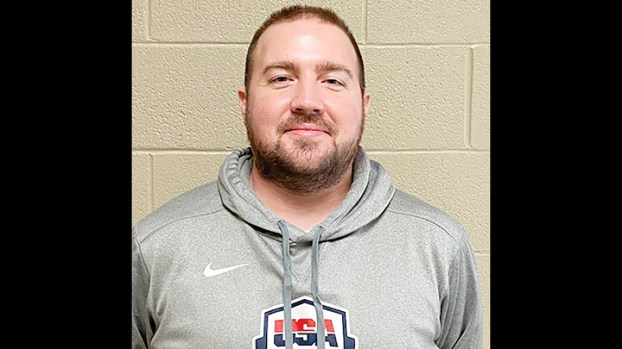 Daily Leader file photo Daily Leader All-Area Coach of the Year Brooks Smith won four straight region championships coaching his alma mater, West Lincoln. The Lady Bears made the 2A quarterfinals where they were narrowly beaten by Union High on the road.

There will be a lot written about what teams or schools or communities had to overcome during the 2020-2021 school year. Playing high school sports during a global pandemic felt impossible at first and then improbable and at times unfeasible.

Look at things from the human level though and you’ll find stories of what it truly means to overcome something.

The medical professional who had a close family member spend three weeks on a ventilator, fighting to live — while they themselves were still going to work every day on the frontlines of the pandemic. Not able to share their fear or grief because they’ve got to be strong for others.

The elderly widower who lives for the twice weekly interaction that they faithfully look forward to with their church family. Now stuck at home, watching church on a smartphone, which is better than nothing, but no comparison for that well-worn spot on their favorite pew.

As spring marches forth and restrictions begin to ease and we hope to see a full return to the way things were before, it feels natural to reflect on what’s happened over the last 12 months in all of our lives.

West Lincoln girls’ basketball coach Brooks Smith will always remember this year as the one that his girls had a perfect regular season on the court. For that achievement, Smith has been named The Daily Leader All-Area Coach of the Year.

Smith also probably hopes this will be the only year where he coaches every game wearing a mask — one that sports the logo of his other favorite green-clad team, the Boston Celtics.

Just like many others though who’ve experienced loss over the last year, whether as of a direct result from the virus or not, Smith’s memories will be tied to loss. Specifically, the loss of his father Alton late in the season.

“We started the year off with a hybrid schedule and I’d only see my team two days a week,” said Smith. “Then once the season got started, we’d have teams cancel on us due to the virus and then we ended up having to quarantine ourselves. An ice storm hit along with all that and my dad was dealing with some major health issues during that time. It was a lot — through it all though I got to coach my team, which gave me the most happiness.”

West Lincoln (18-3) finished the year as Region 7-2A champs for a fourth-straight season. Two losses on their record were results of quarantine related forfeits. In the playoffs they dropped a MHSAA 2A 35-32 quarterfinal road loss at Union.

Want to get a Bear basketball fan fired up, ask them about the officiating at Union — they were less than pleased.

This is the second All-Area Coach of the Year honors for Smith.

“We overcame a lot, all year,” said Smith. “They just genuinely loved playing together, that’s what I’ll remember about this group — and actually you can say that about the teams before them since I became head coach. They played for each other.”

Smith was an assistant for six years at his alma mater before moving to the head chair four years ago. He coached both junior high teams along with both varsity basketball teams. And taught state tested history.

It’s a heavy load for anyone, a load that Smith’s going to lighten in the future. He recently let his players and parents know that he won’t be returning to West Lincoln next school year.

“I’ve enjoyed coaching every player who’s put on the green and white since I’ve been at West Lincoln” said Smith. “This was a very hard decision for me, but I need to figure out what’s next for me. I don’t know if I’m done with coaching, but I’ve just put so much in and it feels like a good time for a break.”

Smith is trusting himself to step away and find his next path. His senior leading scorer Brittany Sturkey says that the trust he’s shown his team is what sets Smith apart.

“His greatest strength is trusting us,” said Sturkey. “He’s patient and watches what’s going on before he tries to correct us. He’s always been great at listening and accepting our opinions as a team.”