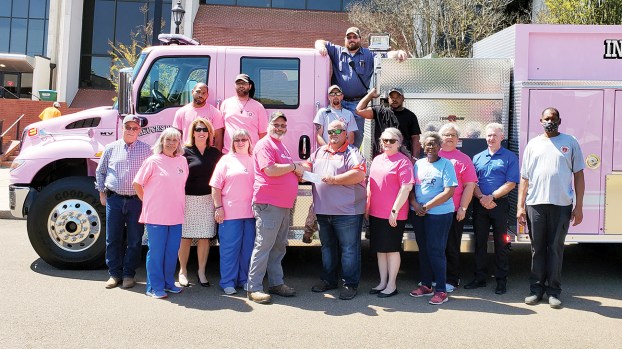 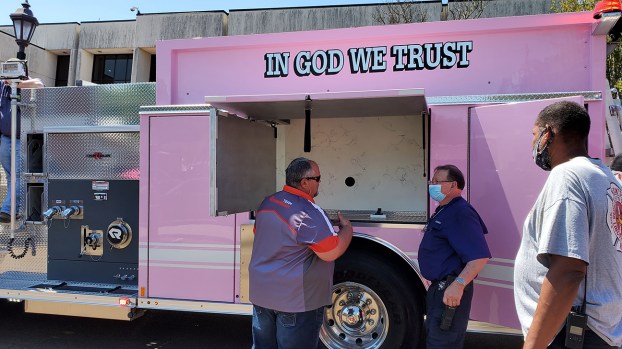 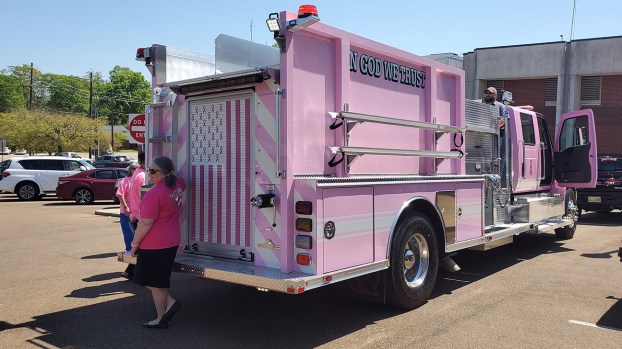 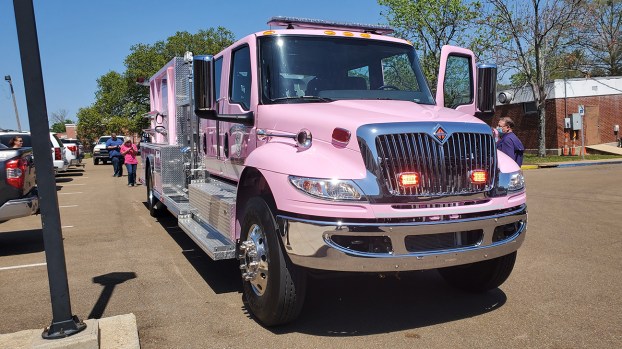 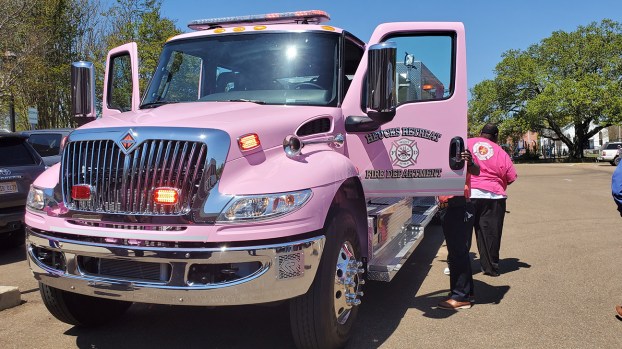 A new fire truck rolled into Lincoln County Monday afternoon, but this one is not the traditional “fire engine red.” The paint job is more of a powder pink. More specifically, it is breast cancer awareness pink.

The color was the choice of the fire fighting team at Heucks Retreat Volunteer Fire Department, where the new engine will make its home.

“We’ve had cancer touch us in a lot of ways,” said Lt. Marcus Caffie. “So we really wanted to do this to help bring awareness.”

The purchase of the truck has been in the works for several years, Emergency Management Director Clifford Galey said. Total cost for the truck was $298,697. A Rural Fire Truck Assistance Grant of $90,000 was used as a downpayment, and the VFD will be responsible for a yearly note on the truck.

Equipment such as hoses, oxygen bottles and other emergency items will be added by VFD members.

“We’re real excited about this,” said Honea. “We’ve been really looking forward to it.”