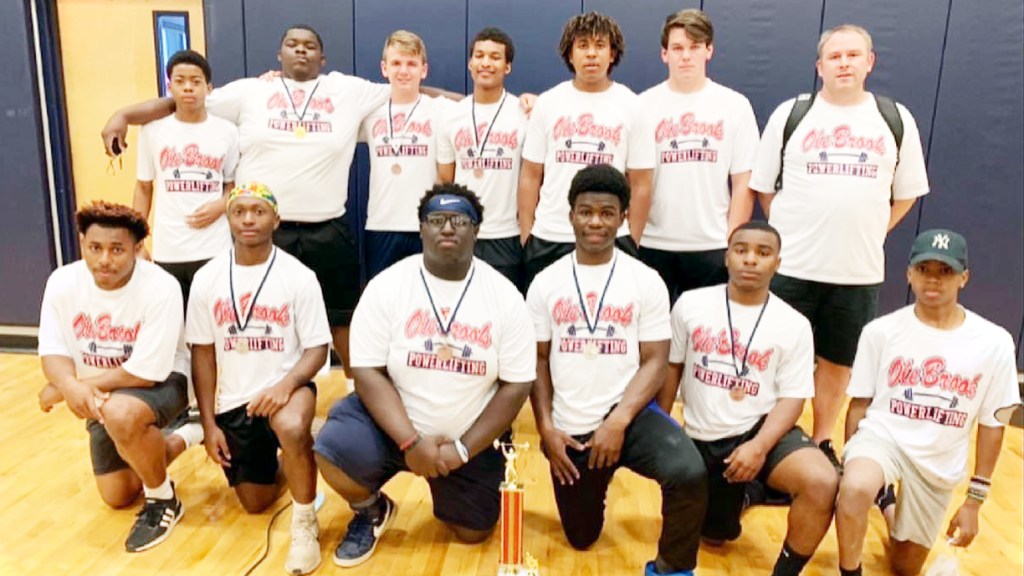 The Brookhaven High powerlifting team is on to the MHSAA 5A State Meet at the Mississippi Coliseum after recently taking second place in the south state competition.

The state meet is set for April 17 and to qualify individually, lifters needed to finish in the top three in their weight class. BHS had seven lifters that qualified to move on to Jackson for coach Russ Britt.

Junior Caleb Harris came up big for BHS as he finished first overall in the 308+-weight class with a three-lift total (bench, squat, deadlift) of 1,365-pounds. Harris just edged out his teammate Jamar Lewis who came in third in the division with a total of 1,355-pounds.

Harris had the heaviest deadlift at the meet as he cleanly cleared a 600-pound lift.

Junior Javonta Stewart was the second-place finisher in the 181-pound class as he finished with a total of 1,235-pounds. His freshman teammate Xavier Gayten came in third in the same division with a total of 975-pounds.

Jaden Watson, a junior, was second overall in the 148-poound class with a 915-pound total. His teammate, sophomore Pierce Bridgeforth, lifted the same total weight, but came in third due to Watson weighing less.

Freshman Bryce Smith had a three-lift total of 675-pounds in the 220-pound class. That was good enough to earn him third place.

“This was a total team effort by our guys,” said Britt. “Every lifter got a point or points to add to our team total. It’s a great group of guys that never complain and most of them are multi-sport athletes. They get in the weight room and are all business.”