Is the Mississippi ballot initiative working as intended? 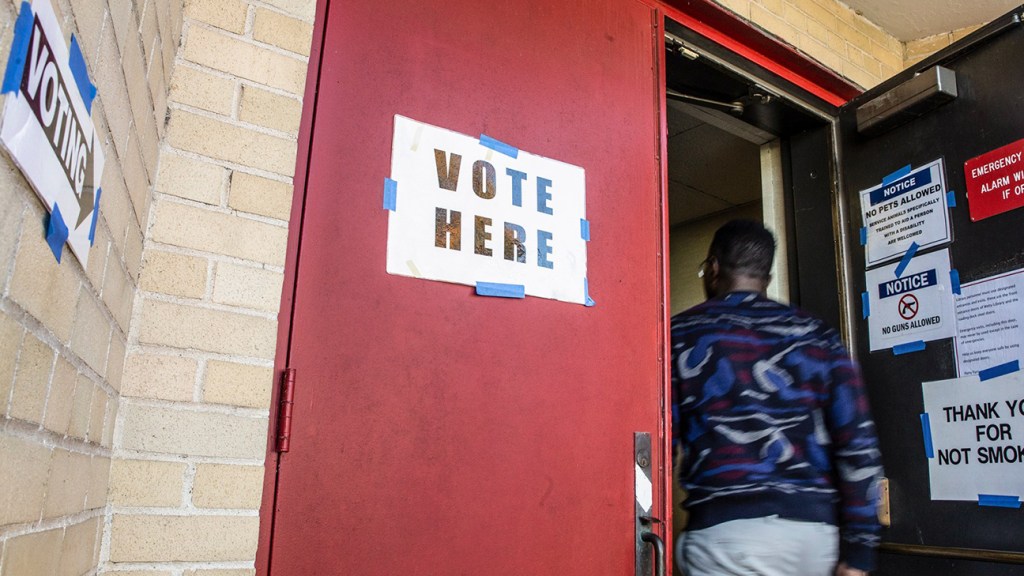 Photo by Eric J. Shelton, Mississippi Today/ Report for America The emergence of interest groups and social media for campaigning and fundraising has raised the prospect of successful ballot initiatives.

Mississippi voters’ right to change the state constitution hangs in the balance with the state Supreme Court, at a time when numerous groups are eyeing the ballot initiative as a way to overcome legislative fiat or recalcitrance.

It’s also coming at a time when political leaders and experts nationwide are wondering if ballot initiative and referendum is getting out of hand, at least in some states.

The 2020 passage of medical marijuana Initiative 65 helped inspire current movements to undo the Legislature’s removal of the Confederate-themed state flag, and to expand Medicaid and early voting over opposition from the state GOP legislative leadership.

It has also prompted some talk at the Capitol of taking other issues directly to voters — such as the House income tax for sales tax swap that died without a vote in the Senate or the creation of a sportsman’s fund with diverted sporting goods sales taxes, which likewise died in the Senate despite public support.

In seasons past, the process was so arduous, compared to many other states’ initiative and referendum requirements, that few issues made it to the ballot, and even fewer became part of the state constitution. Gathering the tens of thousands of required signatures, maneuvering the legal ins and outs and overcoming at times the Legislature’s right to challenge or hamstring an initiative with an “alternative” measure were hills too steep to climb, particularly for any true citizen-led initiative.

Medicaid expansion is the state’s 76th effort to receive initial approval since ballot initiatives were authorized in 1992. The vast majority never make it to the ballot. Only three have successfully amended the constitution, including Initiative 65 last year.

But the emergence of social media for campaigning and fundraising and of more, well-organized and funded interest and advocacy groups has raised the prospect of more successful ballot initiatives. Initiative 65 typifies that.

This phenomenon is not unique to Mississippi. The other 25 states with initiative and-or referendum (referendum is the ability of voters to strike down legislative action) are seeing growing use of these rights, some exponentially. In California, which also allows city and county local initiatives, one recent statewide ballot had 17 initiatives, and a guide mailed to voters to explain them was 224 pages long.

Such expansion has, in some cases, thwarted legislative policymaking or given undue influence to wealthy special interest groups — not the grassroots “of the people” efforts that initiative and referendum was supposed to empower. It also creates some niche efforts, such as banning plastic bags or legalizing use of psychedelic mushrooms, that by design of a representative democracy would have been a legislature’s domain. In states such as Mississippi, where voters can amend the state constitution but not state law, initiatives bring the risk of adding statutory language to a document where it doesn’t really belong, such as 2,500 words about medical marijuana now plunked into the state constitution, pending the high court’s ruling.

This has some states considering reining in or doing away with voter initiative and referendum rights, and it renews age-old philosophical and political debate about the function of democracies.

Voter initiatives, a creation of the early 20th Century progressive movement, gave citizens the ability to overcome the influence of big money interests on legislatures, and can still serve as a valuable backstop.

But Mississippi’s form of government, just like the nation’s, is a representative republic, not a direct democracy where major policy or spending is decided by a majority vote of the masses. Our founding fathers were just as afraid of the “excesses of democracy” as they were of despotic kings, and they believed democracy should be tempered through legislative representation, protective of minority rights, and checked by the judicial and executive branches.

The state Supreme Court will be ruling on the constitutionality of a very specific, procedural issue with the process of gathering signatures to put an initiative on Mississippi ballots. But its implications, particularly if it rules against Initiative 65, are great and it could put at least a temporary halt to Mississippi ballot initiatives until lawmakers and voters could address the process.

This might also bring a major reevaluation of Mississippi’s ballot initiative right, and whether it’s serving its intended purpose or should be overhauled.