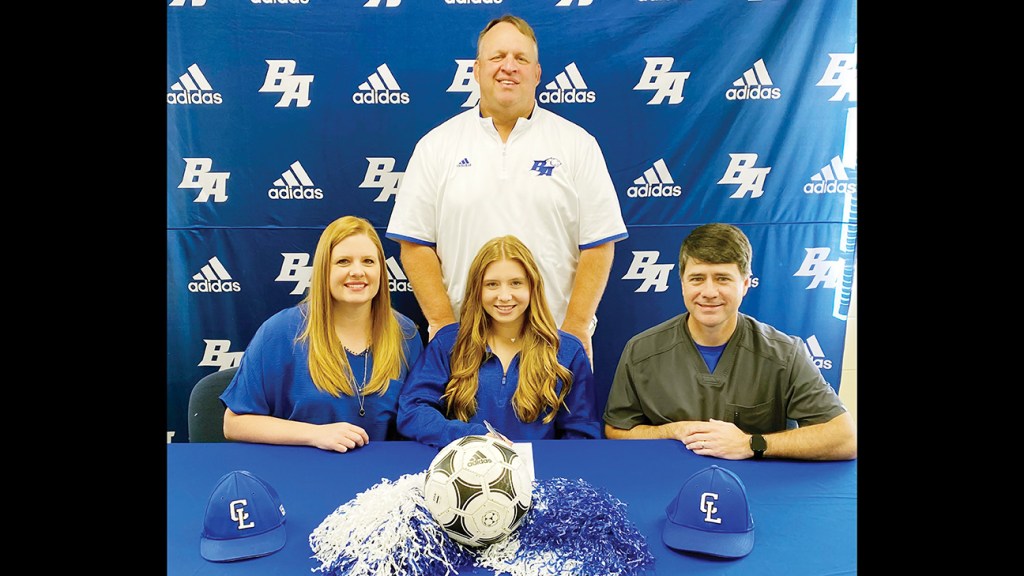 Brookhaven Academy senior Makayla Martin has been on the field or the court year-round since her athletic career began. In the early fall she’d suit up for the BA soccer team and then would transition to the hardwood as a member of the Lady Cougar basketball team. In the spring you’ll find her on a court of a different kind playing for the BA tennis program.

This week Martin narrowed down her future athletic endeavors by signing a letter-of-intent with the Copiah-Lincoln women’s soccer team.

Martin was an MAIS All-Star game selection in soccer and basketball. She was part of the inaugural Daily Leader All-Area soccer team after scoring 13 goals and issuing seven assists as a senior.

BA soccer coach Randy Spring says Co-Lin is getting the type of student-athlete that coaches love having on their team.

“Makayla is a tremendous athlete who is extremely competitive and very coachable,” said Spring. “That’s a very dangerous combination. She has been highly successful at multiple sports in her high school career. The ability to focus on just soccer will enhance her skill development. It’s going to be fun to watch her develop in the next two years.”

First year Co-Lin soccer coach Tom Cosgrave has put together an impressive signing class as he’s tapped into his contacts as a Jackson area club coach to secure strong talent from that area.

Already signed for next season for Co-Lin are Annellise Bell and Taylor Phillips of Hartfield Academy. Hartfield finished 15-2-2 last season and won the MAIS Division II state title for a second straight season. Both Bell and Phillips were MAIS All-State selections.

Cosgrave sees Martin fitting in perfectly with the group that’s already been assembled.

“We’re very excited to have Makayla join us, she’s an excellent athlete with an incredible work ethic both on and off the field,” said Cosgrave. “We’re excited to bring her in with a bunch of talented players to keep the program moving forward in the right direction.”