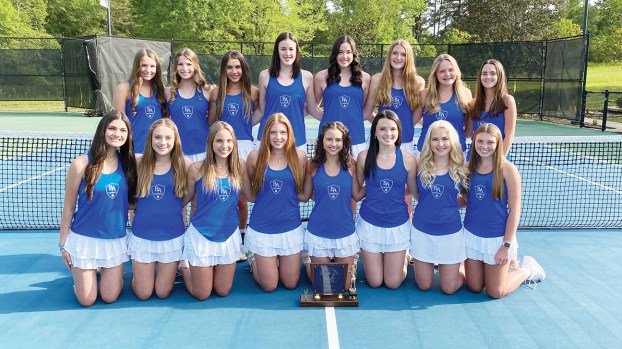 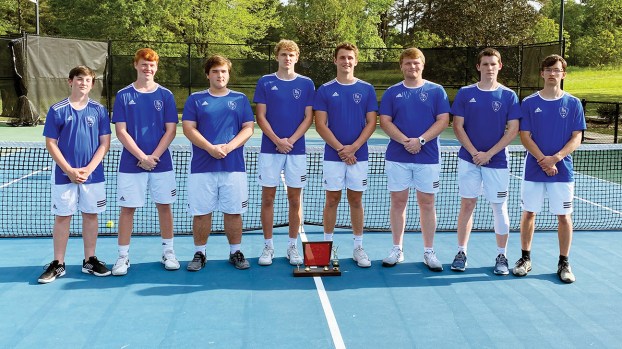 Brookhaven Academy will host the MAIS 4A South State Tournament Tuesday at Brookhill on Natchez.

Earlier this week, the Cougars were on their homecourt of Brookhill for the District 4-4A Tournament.

In the district tourney, the Lady Cougars took first overall while the BA boys’ team was runners-up.

BA took home the top spot in three of the girls’ brackets with championship efforts from Amelia Anding in No. 1 singles, Mallory Nations in No. 2 singles and the No. 2 doubles team of Lillie and Emma Gates.

The No. 1 girls’ double team of Makayla Martin and Kassiy Cupit were knocked out in the semifinal round as were the mixed doubles team of Hayley Freeny and Carter Watson.

The senior duo of August Sullivan and Rob Johnson took the top spot in No. 1 boys’ doubles. Fellow seniors Tate Rushing and Gage Brown were runners-up in No. 2 boys’ doubles.

In boys’ singles Landon Banes was runner-up in No. 1 action while his teammate Levi Dale was put out in the No. 2 semifinals.

The BA tennis teams are coached by Sydney and Patti Moak.