MHSAA playoffs on deck this weekend 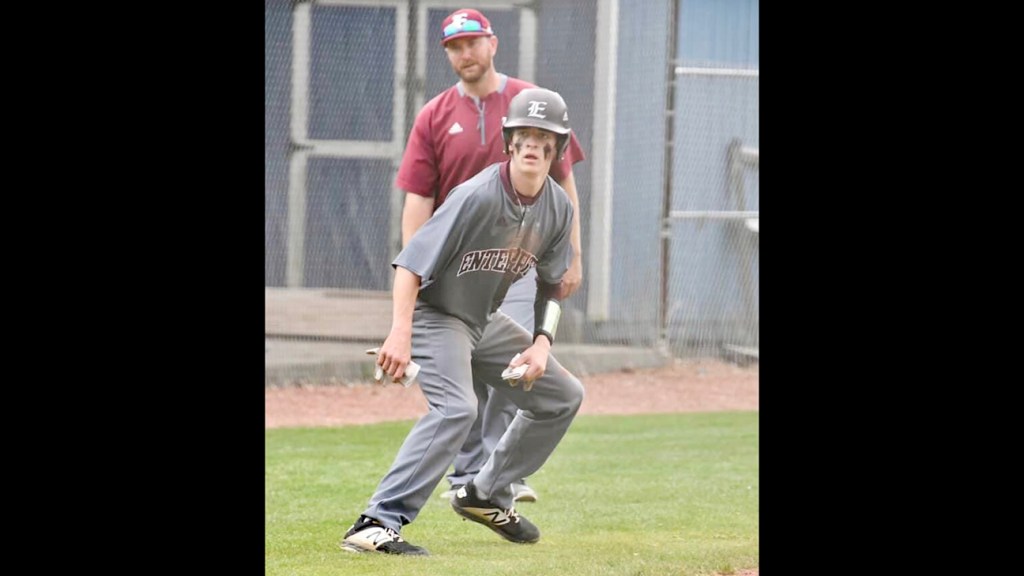 Photo by Stacy Leake Enterprise junior Matthew Burns and head coach Josh Garrett match up with Scott Central this week in the MHSAA 2A playoffs. The Yellow Jackets will host Scott Central Thursday and travel to them Friday. If game three is needed it will be played at EAC on Saturday.

Loyd Star walked away with the Region 7-2A regular season as coach Jared Britt’s Hornets finished the regular season with an 18-7 record and an 14-1 division ledger.

All Region 7-2A teams picked up three wins via forfeit after Amite County chose not to play baseball this season.

The lone region blemish for LS was a 10-7 defeat to Enterprise. The Hornets enter the postseason with a five-game winning streak after sweeping West Lincoln and then besting West Marion (1-0) and Franklin County (18-8) in non-region play.

Enterprise and first-year head coach Josh Garret were the second-place team in the region after going 12-3 in division games and 16-6 overall. Garret has been a long-time assistant at the school before taking the top job this season.

Both the Hornets and Yellow Jackets will be heavy favorites in their first round series as Loyd Star matches up with Philadelphia (6-17) and Enterprise takes on Scott Central (5-13).

The Loyd Star series will have 6 p.m. starts for all games while EAC will begin at 6 p.m. both Thursday and Friday. If game three is needed back at Enterprise on Saturday, it will start at 4 p.m.

Game two at BC will also start at 7 p.m. and if game three is necessary Saturday it will have the same start time.

Coach Gareth Sartin’s Bobcats are 12-15 overall and went 8-7 in Region 7-2A competition.

It’s the third time this school year for BC and Union to meet in the playoffs as the schools have previously played in the postseason in both girls’ basketball and softball.

First-year Wesson coach Vance Windham has his Cobras in the postseason as the No. 3 seed from Region 7-2A. They’ll face a Lake High (19-3) team that was the only school in the division to get a game off Union during the regular season.

In the 5A bracket, the Brookhaven High Panthers (7-10) finished as the third-place team in Region 5-5A. The 5A playoffs give a bye to each region finisher as only three of the four teams in each division qualify for the playoffs.

The Panthers are matched up in the opening round with Wayne County (13-9), the second-place team from Region 8-5A.

The schools will meet at 7 p.m. Thursday in Waynesboro. They’ll play at the same time Friday at Moyer Field and if game three is needed, it’ll begin at 3 p.m. Saturday in Wayne County.

4A Lawrence County (14-10) will also be on the road for their playoff opener Thursday. The Cougars and coach Seth Avants are to face Purvis (11-12) at 6 p.m. and then host the Tornados for a 6 p.m. first pitch Friday in Monticello.

If a third game is needed it will be played at Purvis Saturday at 1 p.m.