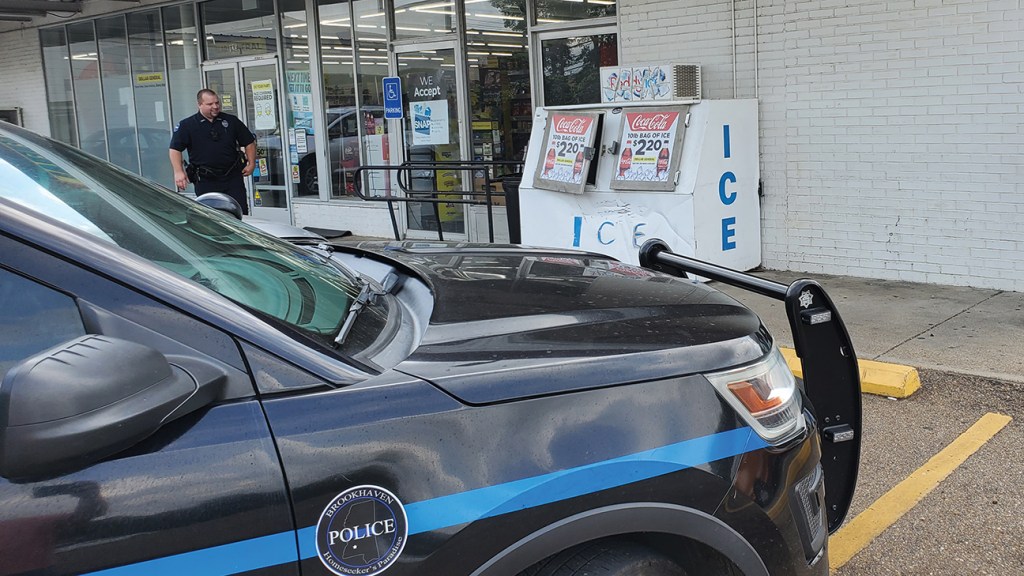 Photo by Brett Campbell / Brookhaven Police officer Christian Davis surveys the damage after a car jumped the curb and struck the ice machine at Dollar General on North Jackson Street around 3 p.m. Thursday.

The driver of a late model sedan appeared visibly shaken Thursday afternoon after the car she had been driving struck the ice freezer outside Dollar General on North Jackson Street.

The driver of the car told Brookhaven Police Officer Christian Davis that as she pulled into a parking space, she mistakenly struck the accelerator instead of the brake, causing the vehicle to jump over the concrete parking curb and strike the freezer, damaging both it and the front of her car.

No one was injured in the wreck.