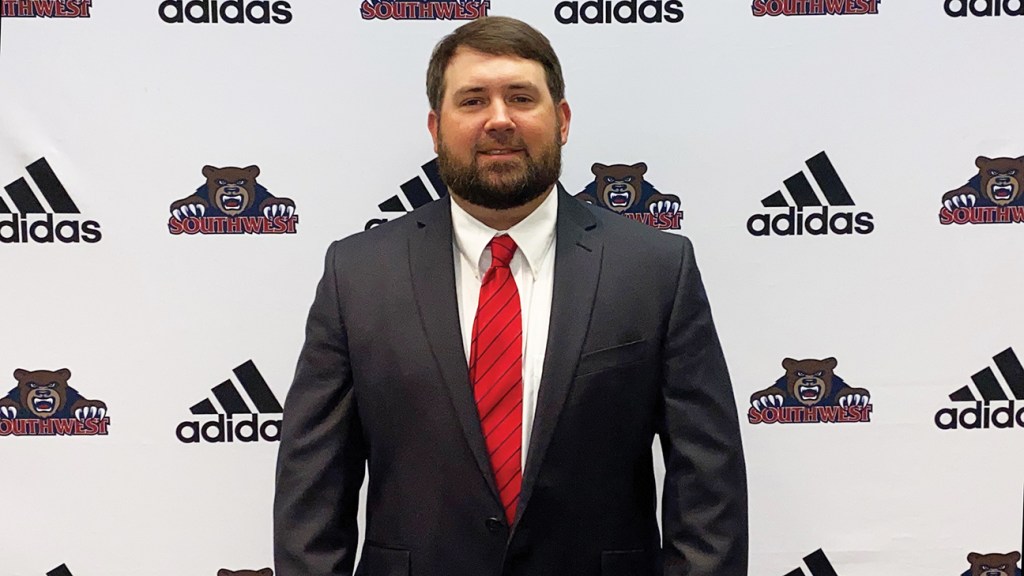 The school announced this week that they’d hired Copiah-Lincoln assistant coach Jack Edmonson to be the new head baseball Bear.

A Louisville native and graduate of Naniah Waiya High School, he’s been an assistant for Co-Lin head coach Clay Smith for the last five seasons after being hired in Jan. 2017.

The Wolves were a combined 91-96 in the tough MACCC during that time as Edmonson has been involved with every facet of the program, while serving as the lead recruiter for the team.

In Summit he’ll replace Ken Jackson who retired after the 2021 season. Jackson was the head coach at SMCC for seven season and had been an assistant coach at the school for six seasons prior to that for Lee Kuyrkendall.

He’s perhaps best known for being the head coach at Parklane Academy for 23 years where he won state championships in 2000 and 2001.

Edmonson is well versed in the community college culture in the state. He graduated from East Central C.C. in Decatur in 2009 and played for coach Neal Holliman there.

He finished his career as a first baseman at Mississippi Valley State University while also playing golf at the school.

In 2011 he was an assistant coach at Mississippi Delta Community College. After that Edmonson coached two seasons at his alma mater as he worked at ECCC for his former coach, Holliman.

After that he went back to Delta and worked under current Pearl River head coach Michael Avalon in Moorhead. Avalon was an assistant at East Central when Edmonson was a player at the school.

After two years at Delta for his second stint at the school, Edmonson coached one season at Holmes Community College in Goodman.

That’s where he was as an assistant prior to being hired by Smith at Co-Lin.

While at Co-Lin, Edmonson met and married his wife, the former Kimmie Kolpek. They have one son, Will Reeves Edmonson.

Many of Edmonson’s coaching friends and colleagues took to social media to congratulate him on the new job.

Smith was among those and of his former assistant, he tweeted, “This guy has put in his time and done a great job as an assistant. He is loyal, a good friend, husband and father. All of that will not stop us from attempting to beat the breaks off of them. Congratulations buddy. Well deserved.”

Co-Lin is 18-5 on the diamond against Southwest in Smith’s eight seasons in Wesson.