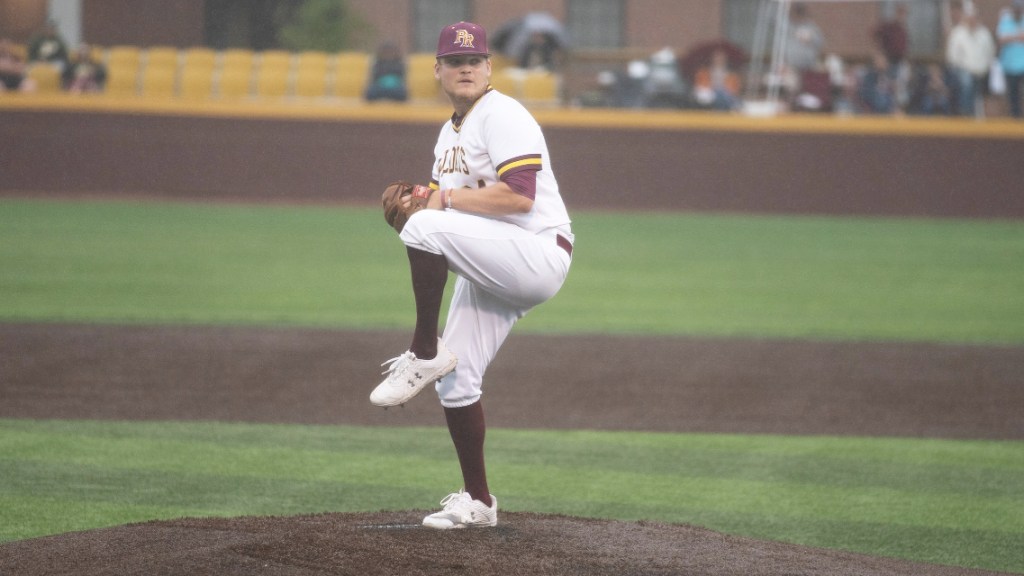 Photo by PRCC Sports Info / Enterprise alum Landon Gartman has been named MACCC Pitcher of the Year. Gartman was the leader on the mound this season for Pearl River CC and will play next year at the University of Memphis.

There wasn’t a community college pitcher in Mississippi better than Landon Gartman in 2021. A product of Enterprise Attendance Center, Gartman has been named the Mississippi Association of Community Colleges Conference (MACCC) Most Valuable Pitcher.

A University of Memphis signee, Gartman was masterful for Pearl River this season as he led the Wildcats with 60 innings thrown, 81 strikeouts and nine wins this season. His 1.95 ERA was best among starting pitchers for the team.

Four times in 2021 Gartman was named MACCC Pitcher of the Week. He was also picked as First Team All-MACCC and All-Region 23.

“His transformation from his freshman year to his sophomore year has taken his game to another level,” said PRCC head coach Michael Avalon in a release from the school. “That shows in his stats, but if you look a little bit deeper every time he is out there, he is a marked man. He won pitcher of the week four times this year so four of his nine starts he was going out there after winning player of the week and was able to handle the pressure and bullseye of that. That just tells you were his mindset is and his toughness. He’s just a very simple person who loves to throw the baseball.”

Pear River finished the season 36-9 and won the MACCC but were knocked from the NJCAA Region 23 Tournament by two losses to LSU-Eunice.

During the COVID-19 shortened 2020 season, Gartman made four appearances with one start. He struck out 10 in 6.2 innings of work.

Gartman was nearly unhittable as a senior for coach Cass Brister at Enterprise. He struck out 96 in 46.1 innings and went 6-0 while earning Daily Leader All-Area MVP honors.. The son of Brady and Shannon Gartman, he ended his high school career with a combined 451 strikeouts.