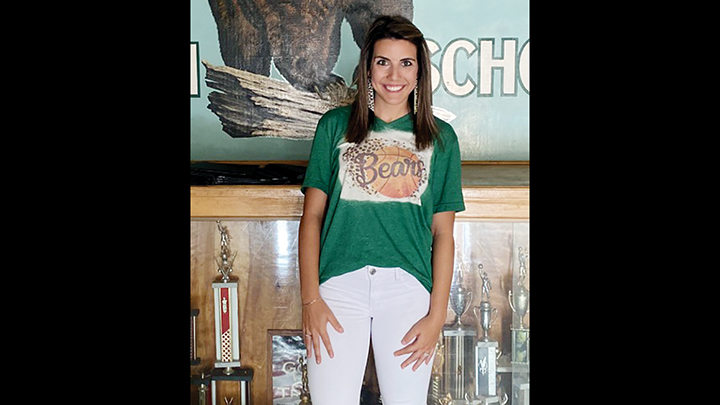 The four-time defending Region 7-2A girls’ basketball champs have found their new leader as West Lincoln is now under the direction of head coach Alissa Adams.

Adams was approved by the Lincoln County School Board last month but is now getting to see her new team in action as they begin summer workouts.

“Our first workout together was great,” said Adams. “The girls eager and hungry to get back in the gym and that’s exciting as a coach.”

For the last two years Adams has been the head coach at Amite School Center in Liberty. The headmaster at ASC is former Enterprise basketball coach John Knight.

“We made it out of district both years and got beat in the quarterfinals of the south state tournament both seasons,” said Adams. “Leaving ASC was very tough; I enjoyed my time there.”

A graduate of Hancock County High School, Adams came to this part of the state after accepting a scholarship to play at Southwest Mississippi Community College.

When she got to Summit, Adams rarely left the court for coach Brent Harris. As a freshman she averaged 12.3 points, 6.6 assists and 33 minutes per night while starting all 25 games as a point guard.

It was more of the same for her sophomore season in 2016-2017, as she scored 11 points per night while pulling down 4.9 rebounds per game. She again started all 27 games as the point guard and played 35 minutes per contest.

SMCC was 35-17 in her career while making appearances in the state and regional tournaments.

A Presidential Scholarship recipient at Mississippi State, Adams got her bachelor’s degree in social work while in Starkville.

Adams is replacing former coach Brooks Smith who resigned after the end of the 2020-2021 season. Smith went 82-26 in his four years at his alma mater and finished as 2A runners-up to Newton High in 2019.

The cupboard is far from bare though as there is lots of skill and experience back for WL next season.

“The talent in our rising junior class is impressive,” said Adams. “As a whole, I have gritty girls and that’s going to be an important key for us.”

The 14-player roster next season won’t have a senior on it, but instead will be led by a large junior group, led by returning starters Kara Beth Addison and Ta’Kyla Brothern.

Getting gritty on the court is something that Adams knows about as her alma mater is known for playing a tough, physical style of basketball.

While at Hancock County she played for former Lady Hawk head coach Pam Slayton. Slayton demanded the effort of her team on the court matched her intensity on the sideline.

In 42 years as a head coach, Slayton finished with an 817-324 career record. She won two state championship at Salmen High in Slidell during the mid 90s and another at Hancock in 2004.

“Coach Slayton was a pleasure to play for,” said Adams. “The girls are still getting to know me and me them, but I think they can see my intensity and drive as a coach, and I believe that’s going to trickle down into their game.”

Hancock may play at the 6A level, while West Lincoln is in the 2A classification, but the two schools aren’t so different. They’re both tightknit communities that have families sending their children to their school generation after generation.

Sisco took over the girls’ basketball program at HC four years ago and has two 20-win seasons during that time.

Adams will take her squad to team camp at SMCC on June 21-22.

“There are a lot of similarities between West Lincoln and Hancock,” said Adams. “I see my team resembling what we used to do in my years at Hancock and what Jamie does now with his group — I’m excited for the future of Lady Bears basketball”