Putting the finishing touches on high school athletics for 2020-2021 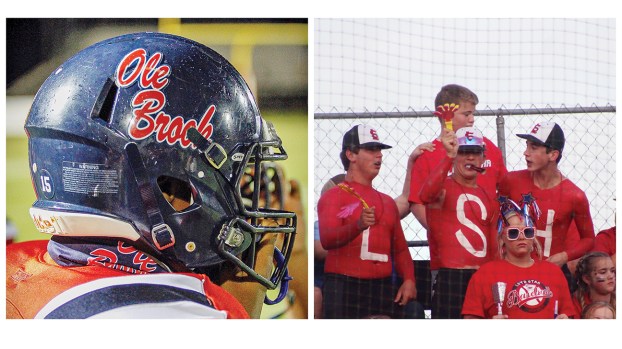 Daily Leader file photos The 2020-2021 high school athletics season wasn’t always easy. Through quarantines and cancellations and forfeitures the show rolled on and that’s something to be thankful for. 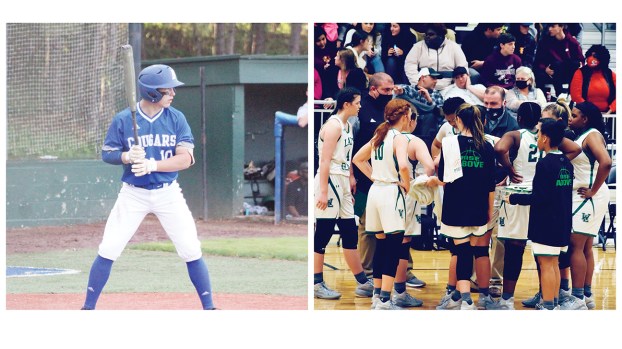 Daily Leader file photos The 2020-2021 high school athletics season wasn’t always easy. Through quarantines and cancellations and forfeitures the show rolled on and that’s something to be thankful for.

Late last Monday, when Taylorsville shut down any hopes of another improbable Loyd Star comeback by getting the final two outs of the game to end the 2A South State Championship Series — when that final out was caught it put an end to the 2020-2021 athletics season for high school sports in the area.

This word has been used and overused at this point, but it truly was a year filled with uncertainty.

Spring sports had been canceled the year before as COVID-19 emerged.

What the new school year would look like was anyone’s guess.

Would fans be allowed into stadiums for football season? If everyone was supposed to be social distancing, how would football players be expected to tackle on another? What would happened when one player from a school tested positive for the virus?

One thing that coaches, principals and athletic directors had to do was be more flexible. Sometimes games would be postponed or moved up or at the worst — outright canceled. Stormy weather also affected football season as if teams didn’t have enough obstacles already.

Actually, when I watched the first high school football game played in the area on August 28 (Brookhaven Academy against Amite School Center at Co-Lin) my friend Mark was in town as a storm refuge. He was in Brookhaven as an evacuee from Lake Charles, here to ride out Hurricane Laura.

Poor Mark would have to evacuate later in the summer for another hurricane. If that wasn’t bad enough, just a few weeks ago his home was flooded again as 20 inches of rain fell in just six hours over Lake. Charles. He’s seriously contemplating a move to Houston at the moment.

The state’s private school association — the MAIS — had decided that their member schools would play as close to a regular schedule as possible with crowds wearing masks and socially distancing.

They got things going earlier than the MHSAA as the governing body for public school athletics in the state delayed the start of play for its member schools.

BA wanted a larger venue to play their games so they could have more fans and more room to spread out and did so at Co-Lin throughout the year.  They even played one home game at Southwest Mississippi CC in Summit.

There were still games canceled or postponed due to opponents having too many players in quarantined or similar issues throughout the year.

No team in the area dealt with those types of roadblocks more than Brookhaven High. On September 4, the Panthers began their football season with a home loss to Petal.

Ole Brook wouldn’t see the field again until they played at South Jones, over a month later, on October 16.

And it wasn’t all pandemic issues that hurt Brookhaven High — their game the week after Petal was supposed to be at McComb. Lightning moved in just before kick and coach Tucker Peavey and his team hit the road back to Brookhaven without ever playing a down.

A weather-related cancelation was actually what led me to seeing my favorite football game of the season.

My son Graham and I loaded up to see Bogue Chitto host West Lincoln. We left the house plenty early for a 7 p.m. kickoff as we wanted to stop first and get a bite to eat at Bogue Chitto Boy’s.

If you’ve eaten at BCB before then you know that was a good plan. As we sat there though — eating homemade chicken strips and a killer smoked brisket sandwich — it started raining sideways.

Lightning kept filling the sky as thunder roared and the rain kept coming.

Just about the time we finished up our meal, the word came over social media that the Bobcats and Bears would play on Saturday, when the weather was forecast to be less stormy and wet.

It was the end of the week and tired or not, I needed something to put in the Saturday paper.

Graham was game and we headed to Enterprise to watch the Yellow Jackets take on Amite County.

It was way past the scheduled start time of 7 p.m. when we arrived, but EAC and the visiting Trojans had ridden out the worst of the weather and were ready to get things started close to an hour late.

Coming into the game, Enterprise had never beaten Amite County and had never even come close.

You’d have never know that based on how coach Trey Woodard’s Jackets played that night. Enterprise swarmed like any angry hive to football as they led 22-0 at halftime on the way to a 34-14 victory.

The Enterprise parents and fans that rode out the rain to see their team soundly whip Amite County will never forget that soggy night on Harry Cole Field where the usually speedy Trojans couldn’t keep up with a hard running group of Yellow Jackets.

It still drizzled most of the night, but Graham didn’t’ care and neither did I. We were together, having fun and soaking up the atmosphere.

That’s what sports are supposed to have, an atmosphere. And not all schools had their regular amount of home fans this season which can dampen that atmosphere a bit.

Some schools and districts were strict about how many people could get into their field or park and told fans where to sit and how much space to give each one another.

Other schools were a little more lenient, not paying as much attention to what Governor Tate Reeves had previously ordered when it came to crowd sizes.

Basketball season felt like it would be the hardest of any to complete as games in gyms filled with fans coming at a time of increased positive cases felt unlikely.

Hoops season was able to happen though as teams in that sport experienced similar quarantines and cancelations that football had dealt with.

One of the most fulfilling parts of the year was seeing the spring sports seasons being completed.

Track and field, golf, tennis, softball and baseball all got to play full seasons after having their year cut short by the pandemic in 2020.

Seniors who’d been looking forward to that final year of competition lost their opportunity in 2020. Left to wonder it maybe a state championship run had been in the cards for a group that would never play together again.

Once spring sports rolled back around this year, it felt like the crowds were a little bigger on a night-to-night basis. A little more into the games or meets. A little more aware that high school athletics is a privilege, not a right and can be taken away without warning.

The focus was back on the kids and seeing them compete and that’s where it should always be.

Not on the umpire or referee, not on any drama that a parent might have with a coach and certainly not on the fans in the stands.

Loyd Star and Taylorsville played an absolutely fantastic three-game baseball series for the right to make the state championship.

Every pitch felt huge as the Hornets were a group of scrappy, young underdogs facing a Taylorsville team that relied on the power generated from a trio of highly recruited upper classmen.

The finale was intense with a large crowd there to see who would make the pivotal big play to win the series. Not everyone wanted to keep the focus on the field though.

At one point the home-plate umpire had to get Loyd Star’s game administrator to warn a Taylorsville fan that she should either settle down or be ejected.

Holding a baby on her hip, the woman was standing behind the netting on the first base side of the backstop. She was hollering about every pitch — ball or strike — as her face turned crimson in fury.

When told that she might be put out of the park, she really turned up for a minute. The rage subsided though, and she took a seat to watch the rest of the game.

Someone later told me she was a coach’s wife. That shouldn’t matter.

During that moment of irrational anger, she had taken all focus off the field and put it on the bleachers.

The players and coaches were waiting, standing around and twirling their thumbs as an adult acted like a big kid.

That’s really what the mission of this sports page has been in the three years I’ve been writing it — keep the focus on the kids.

One way to do that is with postseason honors to bestow on the best of the best.  That’ll happen this weekend with the reveal of The Daily Leader All-Area softball team. It’ll repeat the next weekend with the same thing for baseball.

Thinks are getting back to normal. Plans are being made for football stadiums to be filled again on the college and pro levels.

Let’s not ever take high school athletics for granted again though.

I don’t know if I’ll ever see a game played in Madison Square Garden. I have however seen a crowd filling every spot in the bleachers for a West Lincoln playoff basketball game in Jack Case Gymnasium.

I’m sure the Garden is nice but give me high school sports in southwest Mississippi — it’s all I really need.