A question for the voters to decide 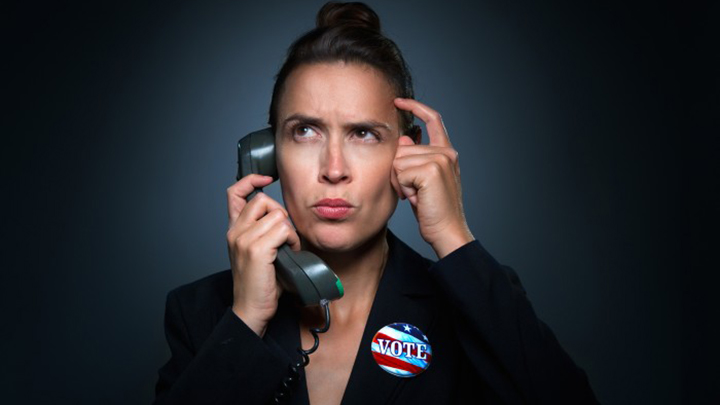 Should an individual terminated from a city job be allowed to seek election to the board that governs that city?

It’s a question that has been raised in the Ward 6 alderman race, where incumbent Shelley Harrigill, an Independent, faces Democratic challenger Andre Spiller in Tuesday’s municipal election.

Spiller was dismissed from his position as Brookhaven Fire Department Inspector almost a decade ago.

Harrigill said she found it concerning that a person terminated by a board could be later elected to that board and potentially use that position in a retaliatory manner.

“As an alderwoman, once a department head comes and recommends someone for termination with cause, we as a board support that,” Harrigill said. “I have a hard time thinking that anyone brought before the board [in that situation] should not be let go. That’s my feeling in general.”

However, termination from city employment does not in itself prevent a person from seeking public office, according to the Mississippi Secretary of State’s Office.

Spiller was fired in 2011 by the Board of Aldermen over charges of job performance problems. Spiller contested his termination, claiming city leaders did not follow proper disciplinary proceedings in dealing with his alleged offenses, according to Circuit Court documents.

Circuit Court Judge Michael Taylor dismissed the appeal in April 2013, noting it was filed outside the 10-day window allowed by law and ruling “the appeal is without legal merit.”

In July 2011, Spiller was initially terminated by a 4-2 vote of the Brookhaven Board of Aldermen following allegations he took personal time off from his city job citing “family problems,” but was instead training for a job at the Adams County Correctional Center, according to court documents.

After an appeal hearing in January 2012, the board voting 4-3 to reinstate Spiller, but then-Mayor Les Bumgarner vetoed the action. The veto was upheld in the Circuit Court appeal.

Court documents also show Spiller had previously been reprimanded in 2010 while working as fire inspector for allegedly submitting falsified reports of inspections he never performed.

In his testimony during the appeal, Fire Chief Tony Weeks testified Spiller acknowledged falsifying inspection reports. Weeks also testified the former inspector had been allowed to utilize his accrued vacation and personal time, then started asking fellow firefighters to donate leave to him.

Weeks learned Spiller was training for a new job in Natchez and said he confirmed the information by directly contacting the privately-run prison.

Spiller did not testify during the hearing or the subsequent appeals. He also declined multiple requests in 2013 to discuss the matter with The Daily Leader during his bid for Brookhaven Alderman-at-Large.  Spiller campaigned for the Ward 6 Alderman seat in 2017 and lost. His current campaign is his third bid for a spot on the city’s board.

Spiller declined to comment about the termination, but had the following to say about the current campaign:

“As Alderman of Ward 6, I will not only listen but take the initiative and be proactive with your concerns … This campaign is about the citizens of Ward 6 and their needs because their voice deserves to be heard. I will continue to run an immaculate campaign.”

According to the 2021 Candidate Qualifying Guide published by the Mississippi Secretary of State’s Office, a candidate for mayor or alderman must be a registered voter of the city and a resident of his or her respective ward. In municipalities greater than 1,000 residents, candidates must have been a resident of the district they seek to represent for at least two years immediately preceding the day of the election.

The candidate cannot have been convicted of bribery, perjury or other infamous crime, defined as punishable by a minimum of one year in the state penitentiary, unless pardoned for that offense. The candidate must never have been convicted or a felony on or after Dec. 8, 1992, with certain exclusions — manslaughter, IRS or state tax laws (unless the offense also involved the misuse or abuse of an office or money coming into a candidate’s hands by virtue of an elected office).