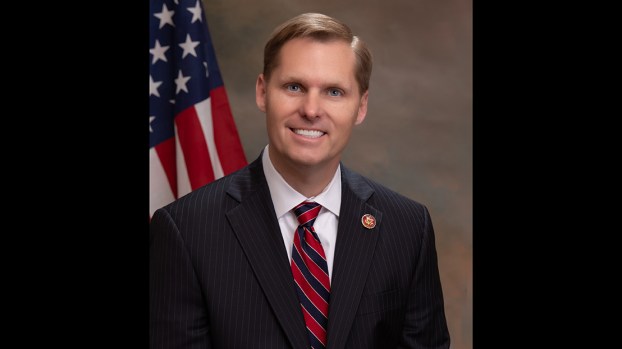 U.S. Congressman Michael Guest, MS-03, recently joined more than 200 House Republican colleagues in sending a letter to Speaker Nancy Pelosi calling for her to direct the appropriate Democratic committee chairs to investigate the origins of COVID-19.

The letter follows a report by the Wall Street Journal revealing that three researchers from China’s Wuhan Institute of Virology displayed COVID-19-like symptoms in November 2019, revitalizing calls for a probe to further examine the possibility that the virus originated in a Wuhan lab.

The letter also calls for the Chinese Communist Party to be held accountable for its role in the coronavirus’ origins. The letter reads, in part:

Finding answers to the questions that Secretary Beccera and Dr. Fauci raised will be difficult. The CCP has made it clear that key evidence is not forthcoming. In fact, since the beginning of the pandemic, the CCP has proactively misled the world about COVID-19. One of the possible origins, the WIV, has never shared any raw data, safety logs, or lab records on its work pertaining to coronaviruses.
This follows a similar pattern of deception by the CCP for the past year. The CCP has:

It is also clear the World Health Organization (WHO) is not up to the task of investigating these questions. On May 19, 2020, member nations directed the WHO to “identify the . . . source” of COVID-19.  On March 30, 2021, the WHO released a report that was undermined by the CCP’s ability to influence the underlying investigation. The CCP had full veto power over inclusion of American scientists; vetoed the three Americans put forward by the U.S. government; designed the mission’s itinerary and refused access to Chinese scientists and raw data; and had full power to edit and alter the final report.

… We hope House Democrats will abandon their partisan agenda and join House Republicans’ investigation into the origins of COVID-19. This is one of the most important questions we face. Thank you for your attention to this urgent request.

A Bogue Chitto student has been selected as the 2021 Lincoln County recipient of the Mississippi Association of Supervisors County... read more