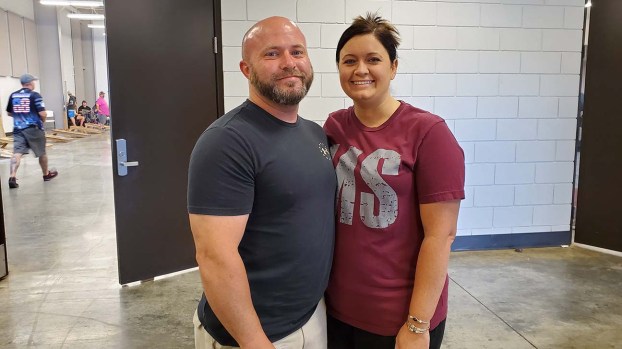 Photo by Brett Campbell Pearl Police Officer Brandon Dearman, with his fiancée Jessica, is a recent beneficiary of the Warriors of the Badge foundation. 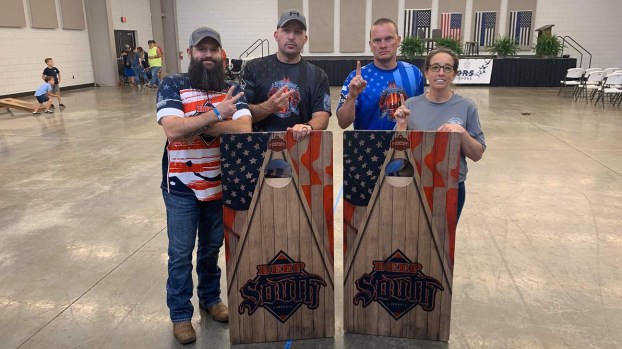 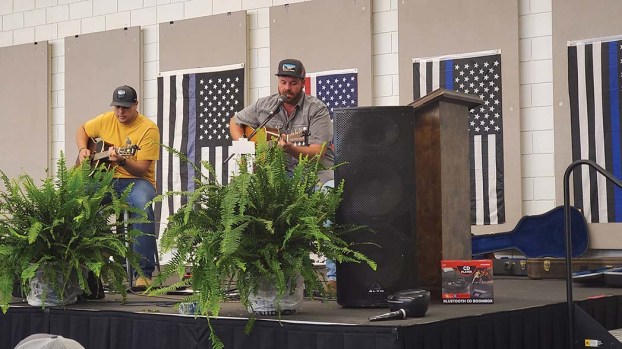 Photo by Brett Campbell / From left, brothers Ryan and Michael McCall entertained with crowd favorite country hits and a few of Michael McCall’s original songs from his albums. 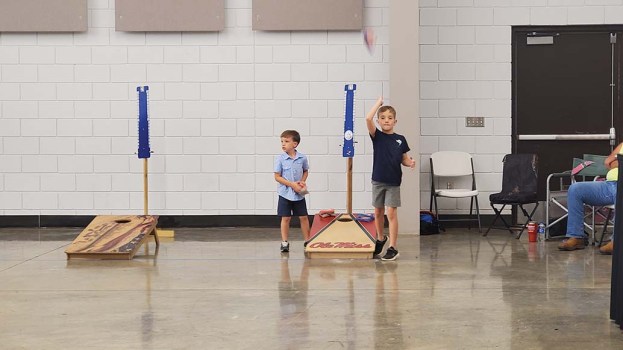 Warriors of the Badge is making a difference in the lives of first responders. The foundation has helped 18 first responders and families since its inception just over a year ago.

Founded by Vicki Moak, the organization came together after the death of her son Brookhaven Police Department Cpl. Zach Moak in September 2018. BPD patrolman James White was killed in the same altercation. She experienced such comfort from emotional and financial support from people — including many who did not know either officer — that she wanted to have a way to make that same impact on others.

The foundation raises funds and distributes with board approval to families of first responders nationwide who are killed or critically injured in the line of duty.

One such first responder was Pearl Police Officer Brandon Dearman.

In January 2021, Dearman’s night on patrol was proceeding as usual until an attempted traffic stop turned into a chase.

Dearman pursued the fleeing vehicle until the suspect crashed on a bridge. Dearman said the suspect exited his car with his hands up, and turned around with his back toward the policeman, per Dearman’s instruction.

The officer approached with his weapon drawn and that’s when the impact happened.

An approaching vehicle struck the rear end of another patrol car behind Dearman’s, causing a chain reaction which slammed the Dearman’s car into him, causing serious injuries.

The suspect was not injured in the crash.

Just a few days after the incident, Dearman was up and moving, though not without difficulty. Nearly six months later, he is still recovering, though he hopes to return to full-time duty in July.

Unsurprisingly, the accident has not only affected Dearman physically, but financially.

“Most officers have to have a second, part-time job,” Dearman said. “The part-time job is not an option right now, and you only get two-thirds of your pay when you’re out injured.”

It’s a significant hit, especially with added medical expenses. That’s where Warriors of the Badge came in with a donation.

“I was not aware of the foundation until Ms. Vicki presented me with a very nice check,” the officer said. “I was blown away by the help from someone who didn’t even know me.”

“I’m just trying to help it grow,” McCall said of the foundation. “I back the Blue. My little brother is a police officer now and I feel like with the climate being the way it is and the police being under attack, I want to help where I can.”

To find out more about Warriors of the Badge or to make a donation, visit warriorsofthebadge.org.