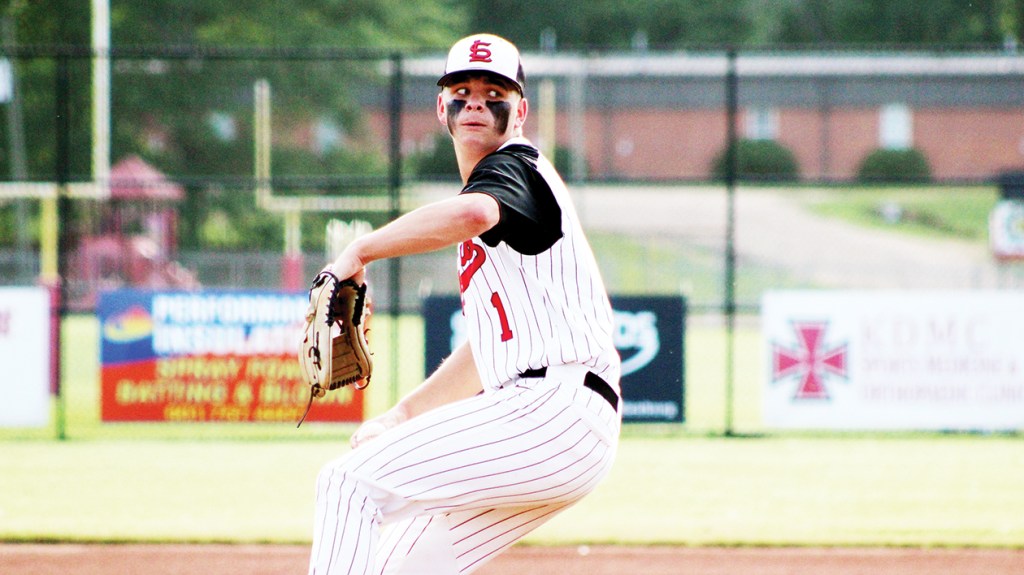 Wyatt Hodges truly did it all for Loyd Star in 2021. As a pitcher, he threw his best innings of the year in the postseason when his coaches needed him the most.

As a hitter, he batted in the heart of the lineup and set the tone for a squad that worked the count and manufactured runs.

As a leader, he spoke with the loudest voice when the team was huddled without a coach speaking. When not in the batter’s box or on the field, he’d be at the front of the dugout shouting encouragement or leading chants for others.

Loyd Star coach Jared Britt got the best effort out of his team night-in-and-out in 2021 and Hodges leadership and play was a huge part of that.

For his excellent senior season, Hodges has been named The Daily Leader All-Area Most Valuable Player.

The 2019 Loyd Star team was a solid one that made the third round of the playoffs after winning a state title two seasons prior.

If you could go back and watch that edition of Hornet baseball, you’d see a smaller version of Hodges playing third and getting in for 22 games as a sophomore.

His junior year was almost completely wiped out by COVID-19, so like much of the class of 2021, he came into this season with something to prove.

Hodges began his senior year by signing a scholarship to continue his baseball career with Co-Lin.

If you saw pitch him early in the 2021 season, you didn’t see the best version of Hodges.

He gave up seven hits to Northeast Jones in his first appearance and six to North Pike the next time out.

The rust started to shake off though and as the year progressed, so did his stuff on the hill.

Once Hodges got his curveball and changeup tuned in, he began to throw his best stuff of the season when his team needed it the most — in the postseason.

Hodges saved the best for last against a powerful Taylorsville lineup in the opening game of the 2A state semifinals. That night he scattered four hits while giving up one earned run. He struck out 14, walked two and saw his ERA end for the season at 3.80.

Pretty good for a guy that started off the year giving up nine earned runs in his first night on the hill.

“He just continued to get a little better each game and each start,” said Britt “When he was clicking, we were clicking. He’s the type of kid that gives his teammates confidence when he is on the mound.”

At the plate Hodges finished with a .326 batting average as he drove in 25 runs. He hit 12 doubles and one triple while drawing 22 walks.

Hodges has received his share of postseason honors as he was selected to play in the MAC All-Star game after the season. He was also named All-Region and MAC 2A Second Team All-State.

Loyd Star baseball is a family affair for Hodges as his older brother Cade was one of the leaders on the 2017 state title team. Cade Hodges first pitched at Pearl River CC and is now a member of the baseball team at Louisiana Tech.

After the season ending loss to Taylorsville, Britt mentioned how proud he was of Wyatt specifically as he’s now carved his own legacy within the program.

Britt thinks just like as hid did this season, Hodges is only going to keep improving as his baseball journey continues.