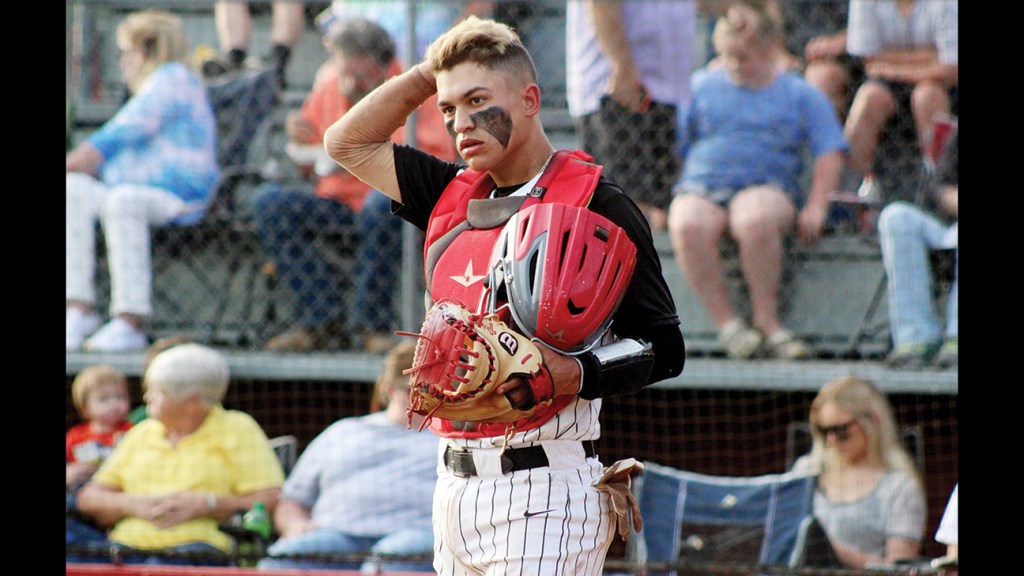 Opposing fans probably got sick of seeing how often Loyd Star’s Casen DeHart trotted down the line to first base in 2021.

Name an offensive category and his name sits atop it for the team.

The sophomore catcher and leadoff hitter finished with a .447 batting average. He hit 14 doubles, one triple and two home runs. He drove in a team high 33 runs, scored a team high 50 times, and got hit by an opposing pitcher 14 times. He drew 25 walks and stole 28 bases while only getting caught stealing twice.

DeHart was nothing but a hard out all season long and for his success at getting aboard, he’s been named The Daily Leader All-Area Most Valuable Offensive Player.

Stop me if you’ve heard this before, but his older brother played baseball at Loyd Star too.

Reese DeHart was an All-Area left-handed pitcher who also played basketball at the school.

Little brother follows in those footsteps, Casen was an honorable mention for All-Area hoops this season.

As good as Reese was, he could never touch his younger brother when it comes to getting dirty.

Casen DeHart caught 155 innings this season and led the team in getting sweaty. He threw out 17 runners on the basepath, but there’s no metric to describe how much dirt he wore on his uniform.

As the leading base stealer for coach Jared Britt, DeHart was often sent barreling into second base for a head-first slide.

“I call him a dirt-bagger,” said Britt. “He’s going to give max effort at everything, including getting dirty.”

For home games the Hornets would wear their white pinstripes. Britt says DeHart’s uniform always needed an extra soak to get the orange and red dirt streaks off the front of his jersey and pants.

Others saw that hustle and effort as well — DeHart was an All-Region selection and a MAC 2A First Team All-State pick as well.

“He actually caught for us in the playoffs as an eighth-grader,” said Britt. “He did such a good job; we couldn’t keep him in the dugout. He injured his hand and played through it as a kid in junior high.”

DeHart began batting leadoff last year in the COVID-19 shortened season. His success at the top of the order was huge for the Hornets batting behind him.

“He struggled to get on a little as a freshman, but we stuck with him in the top spot and it paid off this year,” said Britt. “If you watch him play basketball, he goes after the ball with the same effort he does in baseball. He’s just a kid that’s not afraid to lay his body on the line.”