All-Star baseball still on schedule this weekend despite rainy forecast 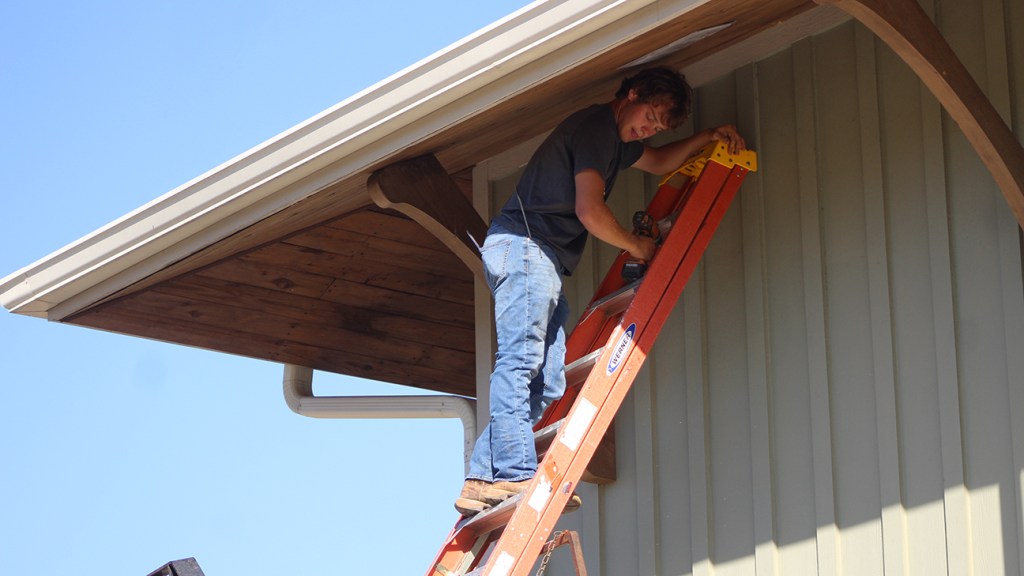 Photo by Cliff Furr / Lincoln Civic Center Baseball Complex employee John Liam Brabham helps to put some of the finishing touches on the facility Thursday ahead of the upcoming Dixie Youth District Tournaments to be played at the site this weekend.

The plan is to still play ball this weekend for Lincoln County All-Star baseball teams that will be spread out over the state in district tournament competitions.

The Lincoln Civic Center Baseball Complex is scheduled to host one of those tournaments as heavy rain is forecast to move into the area Saturday.

“There were talks about moving it up, but that wasn’t possible,” said Lincoln Civic Center director Quinn Jordan. “We’ll do our best to get the games we can in, and I know the other facilities around this part of the state will do the same. Eric Ates, our facilities manager, has the fields in really great shape.”

The 8U Dixie Youth District Tournament will begin Friday at 6 p.m. at the LCC Complex with East Feliciana (Louisiana) taking on Lawrence County. The other first-round game that will follow has Pike County and Lincoln County meeting at 8 p.m.

The tournament is double elimination and begins again on Saturday morning with the first elimination game, as the losers from the previous night play at 9 a.m.

The top three teams from the tournament move on the 8U Dixie Youth State Tournament to be played in Philadelphia.

The 10U Dixie Youth District Tournament will take place next weekend, starting June 25, at the Lincoln Civic Center Complex.

Lawrence County and Pike County will also play Friday at 7 p.m. The three-team tournament begins with a round-robin and then moves on to a seeded championship bracket.

All three teams have already qualified for the Dixie Youth 12 O-Zone Tournament in Pontotoc but are playing their district tournament for seeding positions at the state tournament.

The “O-Zone” level of Dixie Youth allows stolen bases and has a longer distance in the basepaths and from the mound to the plate than the Dixie Youth Majors division.

Lawrence County and Pike County are also scheduled to play at 9 a.m. on Saturday.

The top two teams from the tournament will qualify for the Dixie Youth 6U State Tournament in Laurel.

The Lincoln County 7U All-Star team will also be in Pike County this weekend. Their district tournament only has two teams, Lincoln and Pike County and will feature a three-game series between the pair.

Game one is set for 6 p.m. Friday night. Game two is scheduled for 10 a.m. Saturday and if a third game is needed it will follow at 1 p.m.

Both teams are already qualified for the Dixie Youth 7U State Tournament in Laurel.

The 9U and 11U teams representing Lincoln County are already qualified for their respective state tournaments as the LCC Baseball Complex is scheduled to host those events in early July and hosting provides an automatic bid into tourney play.

“As far as postponements and weather delays, fans and parents can check our social media pages for that information,” said Jordan. “Our Facebook page is usually the quickest way for us to get that info out. We’ll hope for fair weather, but we’ll be prepared if that’s not the case.”

Will play in state tournament in early July

Will play in state tournament in early July