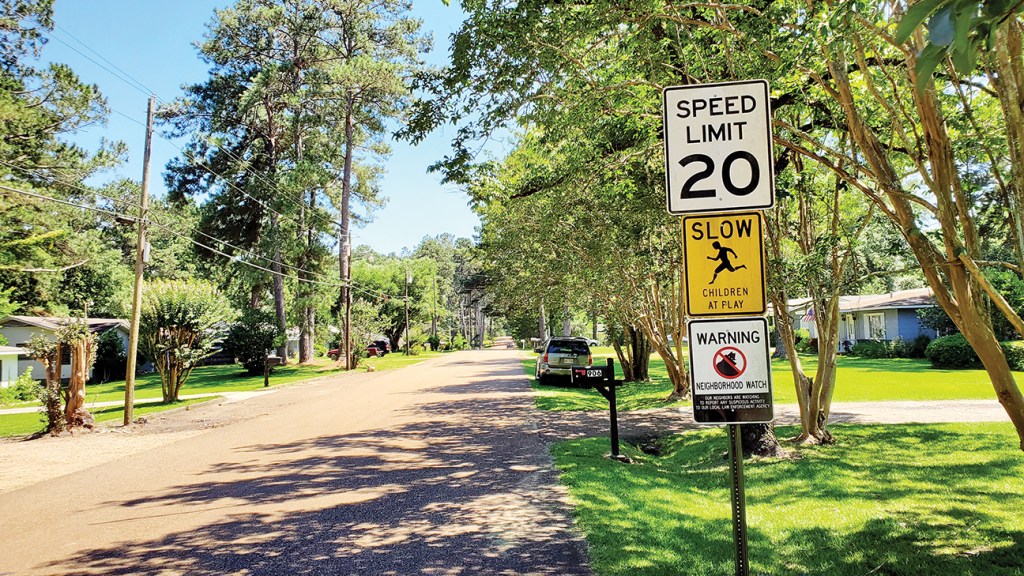 A more uniform speed limit system has been approved for the city of Brookhaven by the Board of Aldermen.

Streets have posted speed limits of anywhere from 10 mph to 40 mph, Mayor Joe Cox. The new protocol will establish a speed limit of 25 mph for any street in the city, unless otherwise posted. A street without a sign should be assumed to have a limit of 25 mph.

Streets with higher or lower posted limits will likely remain as they are, especially in areas with school zones or other safety-focused lower limits.

The protocol will match the majority of other cities and towns statewide, engineer Forrest Dungan said.

“Are there state standards for the height of stop signs?” retiring Alderwoman-at-Large Karen Sullivan asked Dungan and engineering partner Ryan.

“Yes,” Holmes said. “They must be visible from behind a stopped or parked car … at least 6 feet high.”

Stop signs should not be used to help regulate speed, Holmes cautioned, noting that studies have shown signs placed too close together with speed regulation in mind have actually been proven to contribute to more traffic accidents.

Cox asked for a motion to adopt the speed limit ordinance. Ward 2 Alderman Shannon Moore said he would like to give it some more thought.

“Can we table it to the next board meeting?” he asked.

Cox responded that the board had discussed the matter more than one year ago, but had not presented it for a vote because COVID issues had taken priority.

Sullivan made a motion to adopt the ordinance and outgoing Ward 6 Alderwoman Shelley Harrigill seconded.

“So we’re going to adopt it before a new board comes on?” Moore asked. “Y’all are leaving.”

Retiring Ward 1 Alderman Dorsey Cameron, outgoing Ward 4 Alderman Jason Snider — present by phone — and Ward 5 Alderman Fletcher Grice did not voice a vote, as Sullivan and Harrigill voted for the ordinance and Moore voted against.

Cox said he was unsure from Snider’s silence if he was voting for or against. Cameron took the opportunity to ask for clarification on how many other streets would have limits raised or lowered.

“It really shouldn’t affect any others,” Dungan answered.

“OK, then I will vote for it,” Cameron said.

Snider said his vote was for the ordinance, as well.

Cox again called for the vote to clarify — Sullivan, Harrigill, Cameron and Snider voted for; Moore voted against; and Grice abstained from the vote.