City sets rules to allow golf carts on some streets 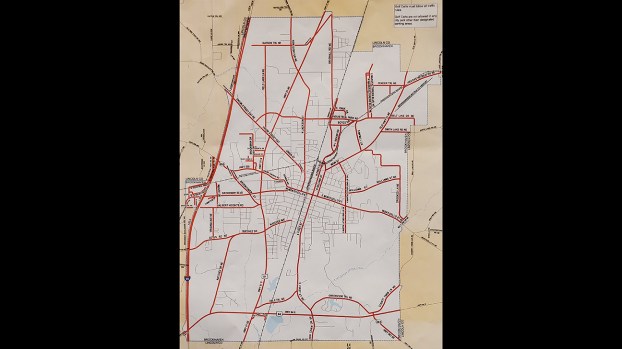 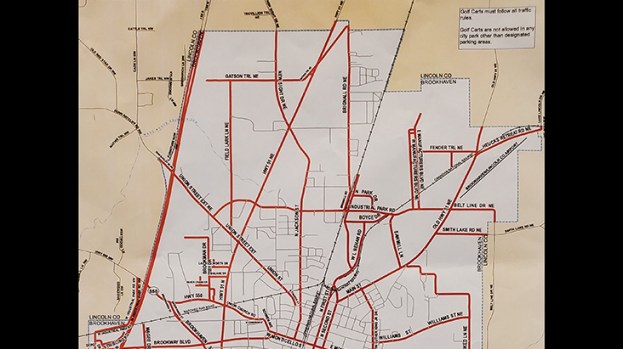 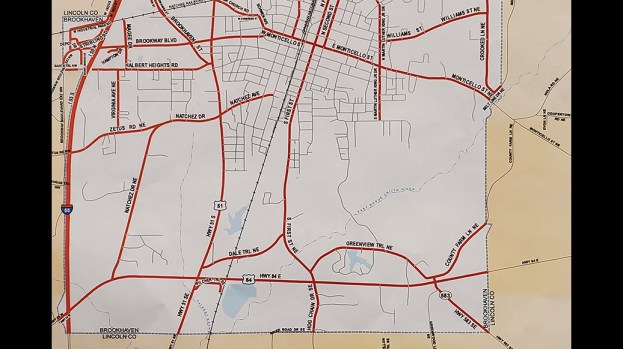 Golf cart owners will soon be permitted to drive carts legally on certain streets in Brookhaven, with limitations.

The Board of Aldermen has approved an ordinance to accept a new state law permitting cart use on certain streets in municipalities. The board also authorized Mayor Joe Cox and Police Chief Kenneth Collins to draft regulations with city attorney Joe Fernald regarding their use.

Fernald described the state legislation — Senate Bill 2114 — as “more in-depth than any ordinance I’ve ever seen.”

Owners of golf carts who wish to utilize them on city streets must register the cart in the city clerk’s office. Drivers must have a valid driver license or driver’s permit and insurance, and carts must be properly equipped for on-street use.

Preliminary maps of where carts are permitted and prohibited were supplied to board members during their regular meeting Tuesday night. Carts cannot be operated on sidewalks or on any roadway marked in red on the map. Prohibited roads are those with high traffic or speed limits of 30 mph or higher. A copy of the map and the city’s rules and regulations will be provided to any person who registers for a cart permit.

The board voted 6-0 to accept the ordinance and 5-0 to approve the map. Ward 3 Alderwoman Mary Wilson was absent for both votes, and Ward 2 Alderman Shannon Moore abstained from the second vote. Tuesday’s meeting was the final meeting for the board including outgoing members Dorsey Cameron, Ward 1; Mary Wilson, Ward 3; Jason Snider, Ward 4; Shelley Harrigill, Ward 6; and Alderwoman-at-Large Karen Sullivan.