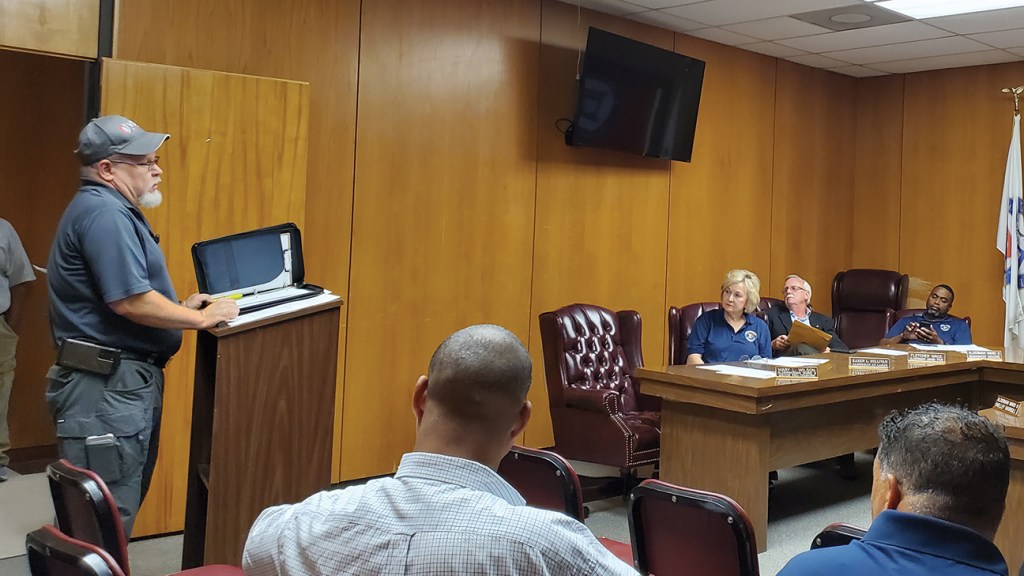 Photo by Brett Campbell / Vector Mosquito Control Brookhaven representative Scott Williams gave an update to the city Board of Aldermen on recent and upcoming spray efforts in the city.

Bugs are biting as summer is about to officially begin, but Vector Mosquito Control is working to keep bloodsuckers to a minimum.

Since April, the City of Brookhaven’s contracted mosquito sprayer is spraying the entire city at least once a week. VMC local rep Scott Williams said two trucks are spraying on Monday and Tuesday nights and one truck sprays on either Wednesday or Thursday.

Williams told the city’s Board of Aldermen Tuesday he would let each member know the nights their areas were being sprayed once he checked his records. What areas are sprayed will vary somewhat depending upon inclement weather and how full the company’s mosquito traps get in various areas. The highest number of mosquitos in a trap this year has been 470, Williams said less than one-third the number of insects from this time in 2020.

“While that is a good thing, it has been the repeated rain that has actually kept those numbers down,” he said. “Once it starts drying out here in the next week or two, we may see an increase in those numbers because the rain isn’t disturbing where they breed.”

In addition to truck sprayings weekly, Vector utilizes an aerial spraying system with a plane flying over the city for about 40 minutes at a time at night as needed, usually a couple of times each season, Williams said. A run will be made sometime during the week prior to Independence Day, he said.

The company is currently training a pilot to fly a drone, as well. The drone, which would fly at heights of about 300 feet, could dispense liquid or granular larvacide and would only be used over areas difficult to reach otherwise, not over homes or residential property.

The city’s contract cost will not be affected if the drone is used, Williams said.