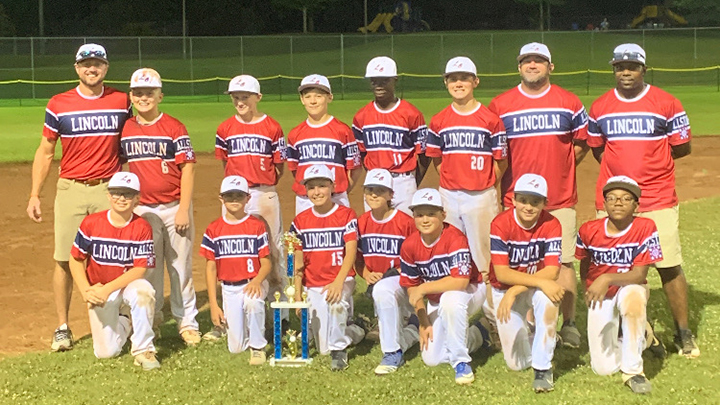 After a 2-1 win against Pike County Thursday in their tournament opener, Lincoln County played a doubleheader Saturday in Monticello.

Their first opponent was Lawrence County and the game proved to be a tight affair. Behind a strong pitching performance, Lincoln County took a 2-0 win that moved them into the championship game.

Cohen Boyd drew the start on the mound for Lincoln County and gave up just two hits in five innings. Boyd struck out eight and walked two for LC. Taylor Evans came in as relief and struck out three to get the save.

Lawrence County did draw a pair of two-out walks in their last at-bat. An error then filled the bases, but Evans got a swinging strikeout to end the game and send Lincoln County to the championship game.

Tarver with a double and Cohen Boyd with a single drove in one run each for Lincoln County in the win as they were the only two base hits for the winning team.

“Lawrence County was tough,” said coach Kevin Tarver. “Their defense didn’t give us many opportunities to go ahead. Everything we put a bat on, they caught. Our pitching was dominate though and both Cohen and Taylor gave 100 percent and hit their spots.”

The rematch with Pike County in the title game saw Lincoln County fall behind 5-2 after three complete innings.

“We had a few errors at the beginning of our second game and you could tell that the kids were getting fatigued,” said Tarver. “After a good pep talk our bats came alive.”

Tarver coaches the team with Keith Cline and Reggie Smith. Tucker Tarver had three hits in the game including his game winner. He drove in three runs while Tylar Smith added an RBI and a pair of hits for LC.

Tucker Tarver also started on the mound and stuck out six while giving up two hits. Only one of the five runs surrendered by Tarver was earned.

Evans again pitched in relief and was lights-out again as he only needed 15 pitches to get through a little over an inning of action.

“Tucker struggled a little pitching but once he found the zone he settled in,” said Kevin Tarver. “With the top of our lineup coming up in the seventh, we felt good about our chances.”

Stringer led the inning off with a walk and moved to second via a sacrifice bunt by Evans. Tylar Smith reached to put Stringer at third and set up Tarver’s walk-off winner.

On a 3-2 pitch with two away, Tarver hammered a pitch to the outfield fence to end the game.

The All-Star coaches, parents, fans and players will next make a trip to north Mississippi as Pontotoc is scheduled to host the Dixie Youth O-Zone State Tournament. A 230-mile drive from Brookhaven, Pontotoc will host the tournament July 9-13.