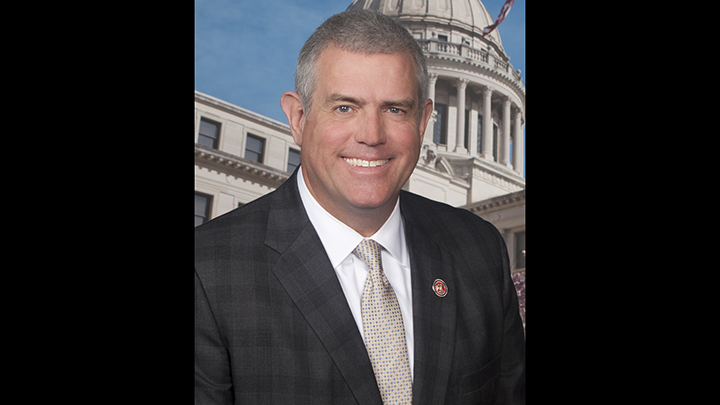 He’s been crisscrossing the state for months meeting with local leaders. He’s on track to have $1 million in his campaign coffer this year. He’s taking jabs at Gov. Tate Reeves at every opportunity.

Mississippi House Speaker Philip Gunn sure shows all the signs of someone strongly considering a gubernatorial run in 2023.

It hasn’t gone unnoticed. A potential internecine GOP battle between Gunn and Reeves has become the buzz of the summer among Mississippi politicos. They appear to be split between calling it a fool’s errand or a golden opportunity to oust an incumbent known more for creating enemies and strong-arming campaign donors than pushing policy and building consensus.

Asked directly about whether he would run in 2023, Gunn told Mississippi Today: “My focus is doing a good job as speaker of the House. I’m traveling the state talking about what we are trying to accomplish legislatively. I do not know what the future holds.”

Note he did not say he isn’t considering a run.

Modern history shows unseating an incumbent governor — especially a Republican — in a primary is a difficult task and a rare occurrence nationwide. The governor in Mississippi is de facto head of the state party, and by custom picks their own party chairman, which Reeves has done. Big money campaign donors are typically reluctant to switch horses midstream.

Gunn, 58, is said to be receiving encouragement to run from many powerful quarters, but so far, those quarters are hesitant to say so publicly. Several declined to speak on the record with Mississippi Today about a possible Gunn challenge.

Reeves, 47, should have every tailwind as the incumbent. But over two terms as lieutenant governor and half a term as governor, Reeves has shown a penchant for hacking people off, even fellow Republican leaders and his own loyalists. He himself has chalked this up to, “I know how to say no to my friends.”

Political acrimony between Gunn and Reeves goes back to early in their first terms as speaker and lieutenant governor, respectively. It reached perhaps a fever pitch in last year’s fight over control of spending of federal COVID-19 relief spending. Gunn accused Reeves of “cheap theatrics and false personal attacks.” Reeves warned that “people will die” because the Legislature wouldn’t let him control the money.

If Gunn were to make a gubernatorial run, he’d have to get cracking early. Despite three terms as House speaker — the third-longest run in state history — Gunn lacks name recognition. The speaker is typically not a household name despite the power they wield at the Capitol.

But as many politicos say, one can buy name recognition with enough campaign cash and media. That would bring Gunn’s first clear-and-present challenge: to raise $3 million to $4 million for a serious primary challenge against an incumbent known for his fundraising prowess.

Gunn would have to be fundraising now — and it appears he is — in order to make a gubernatorial run even a possibility. He would need to make his personal decision by the end of this year or early 2022 to begin quietly convincing movers and shakers who want a change to back him. He would likely need to make a public announcement and begin public campaigning by late summer or early fall of 2022 to build momentum and name recognition.

“I think the people of Mississippi are ready for a new look, new leadership,” Waller said, acknowledging “there’s certainly some smoke in the air” about Gunn running.

“I think (Gunn) has a lot of attractive features,” Waller said. “He’s young and aggressive… I think he’s been an effective speaker, and he certainly has an eye to addressing some of the problems the state has experienced, an eye to trying to improve the state versus the experience we’ve had with Reeves in the position of lieutenant governor and governor.”

Waller continued: “I don’t know many things that (Reeves) wants to do except defeat Chuck Schumer and Nancy Pelosi… I hope people look at the issues… We’ve got problems.”

When asked if he would run for governor again himself in 2023, Waller said, “I am considering it, but we are undecided.” Asked about the timing of announcing his challenge of Reeves in 2019, Waller said he made a mistake in his last run of waiting too late to get into the race — about six months before the primary — and would not make that mistake again if he runs again.

Conventional wisdom is that Gunn would have to first clearly point out Reeves’ faults, then promptly build himself up as a positive alternative. Gunn would have to defend his long record as a lawmaker, but then so, too, would Reeves. Gunn would likely point to Reeves’ history of mostly being against initiatives and killing or co-opting others’ proposals as opposed to offering his own plans to help the state prosper.

Gunn championed changing the state flag to remove the divisive Confederate battle emblem. Early on, Gunn was the lone state elected Republican to do so, and some surmised it would kill any chances he might have for higher office in the GOP. But the legislative flag change turned into a bipartisan movement, and the issue appears to be settled beyond a small, vocal far-right group. Despite waffling on the issue himself, Reeves signed the measure into law and appears to be the recipient of just as much scorn from the old flag supporters as Gunn or other lawmakers.

Nathan Shrader, government and politics professor at Millsaps College and a facilitator of the quarterly Millsaps College/Chism Strategies State of the State Survey, said he’s heard the buzz about Gunn but doesn’t see Reeves as vulnerable in a Republican gubernatorial primary.

“I just don’t expect Republican voters to turn on a Republican governor who they generally agree with on policy, who has committed no heresy as far as Republican politics and who has carried the Trump banner,” Shrader said. “… What issue has Gov. Reeves departed from the Republican orthodoxy to the point that it is going to light a brush fire under him? He has been the flag bearer of Trumpism in Mississippi, and that’s what the Republican Party is about here right now. I don’t see that changing much, at least not for the next couple of years.”

Shrader continued: “I do think it would be good for the state to have such a race, two of the highest ranking members of the party offering competing visions.” And, “It would be intriguing, if he’s out there really ramping up or laying the groundwork, how the legislative and executive branch relationship may look for the next two years.”

Besides building statewide name recognition, Gunn would have to make political inroads in GOP strongholds such as the populous Mississippi Coast, a region that led Reeves to victory in both the 2019 Republican primary runoff and in the general election against Democrat Jim Hood.

Gunn has been a frequent visitor to the Coast recently, meeting with business, community and political leaders. It’s been part of his statewide tour promoting his proposal to eliminate the state’s personal income tax. Although there is disagreement on particulars of Gunn’s proposal — such as replacing the income tax with increases in sales and other consumption taxes — there are worse messages to approach business and Republican leaders with in such a tour.

Ricky Mathews, a longtime Coast newspaper publisher and media executive, columnist and host of a Supertalk Mississippi radio show, said the Coast “definitely could be in play” if Gunn challenged Reeves in 2023.

“I think (Reeves) is spending a little too much time holed up in the Governor’s Mansion and not spending enough time trying to bring our big three together — the speaker, lieutenant governor and governor — on important issues,” Mathews said.

“… I think (Reeves) has struggled somewhat in the governor’s position, where he doesn’t have the constitutional power he had as lieutenant governor and it requires more of the force of leadership,” Mathews said. “I recall what I have previously written, that one businessman on the Coast told me that when Reeves came into the room, there was a chill. Philip Gunn is the type of guy who lights up a room and can work a room.”

Mathews said he believes Gunn can show a track record of helping the Coast as speaker and that he “empowers his Coast delegation (in the House) and listens to them.”

“I can’t think of one issue where Reeves would have a leg up as it pertains to the Coast,” Mathews said.

Ways and Means Chairman Trey Lamar, one of Gunn’s top lieutenants in the House and a close friend, was guarded with his comments about a potential Gunn-Reeves matchup in 2023.

“We’re blessed in the Republican Party to have more than one leader capable of running our state,” Lamar said. “Speaker Gunn is a fantastic leader. I can also say that Tate Reeves has done some good things for our state as well. He’s inherited a mess and made some excellent decisions as far as agency heads go.”

Lamar continued: “Philip Gunn is one of my best friends, and as quality a human being as there is. He’s a fantastic leader for the state of Mississippi and those leadership traits would certainly carry over to the role of governor should he be elected.

“That would be one to watch.”