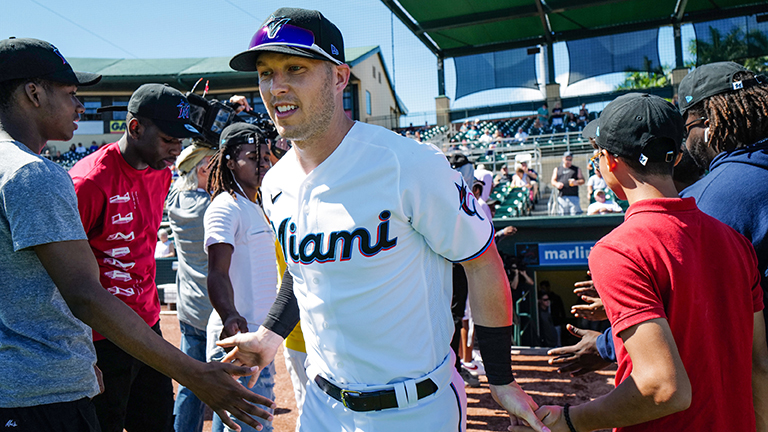 Dickerson is sidelined with a bruised left foot and is expected to be in a walking boot for at least two more weeks. He is batting .260 with two homers and 14 RBIs. Jesus Sanchez had taken over in left field during Dickerson’s absence.

“We definitely look at this as a move about today and the future,” Marlins general manager Kim Ng said Tuesday before Miami opened a three-game series in Philadelphia.

“We need to look at Jesus Sanchez as a piece of this. We got sped up in the process in terms of bringing Jesus up after the month he had in Triple-A. When we saw Jesus and saw how he’s handling it up here, we felt more comfortable in trading Corey Dickerson. Jesus being able to take that spot at this point was part of the equation.”

“Joe is a guy who has experience, versatility,” Ng said. “We think he’ll be a great fit.”

The deal could be the first of several before the trade deadline for the Marlins, who are last in the NL East. Toronto is third in the AL East.