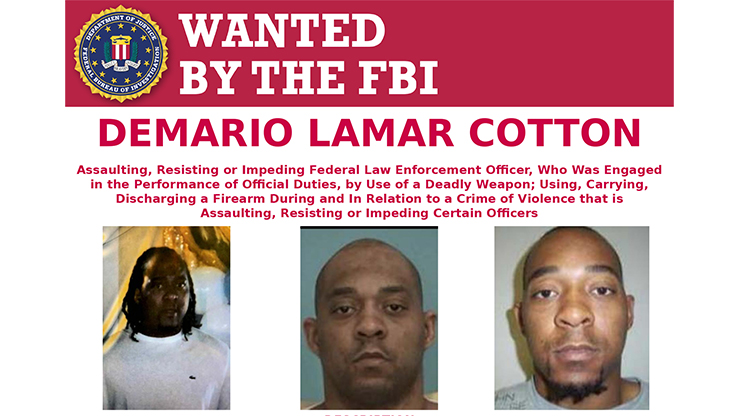 FBI special agents have located and arrested a man wanted for assault on a federal law enforcement officer.
Demario Lamar Cotton was taken into custody without incident by FBI Special Agents Wednesday morning in Jackson.
Details will be released at a later date, according to FBI Public Affairs Officer Brett Carr.

The FBI’s Jackson Field Office has been investigating an assault on a federal law enforcement officer, which occurred at approximately 10:45 p.m. on Saturday, June 26, 2021, in Jackson.

A reward of up to $50,000 was offered for information leading to the arrest and conviction of Cotton.