Lincoln U10 All-Stars are district champs 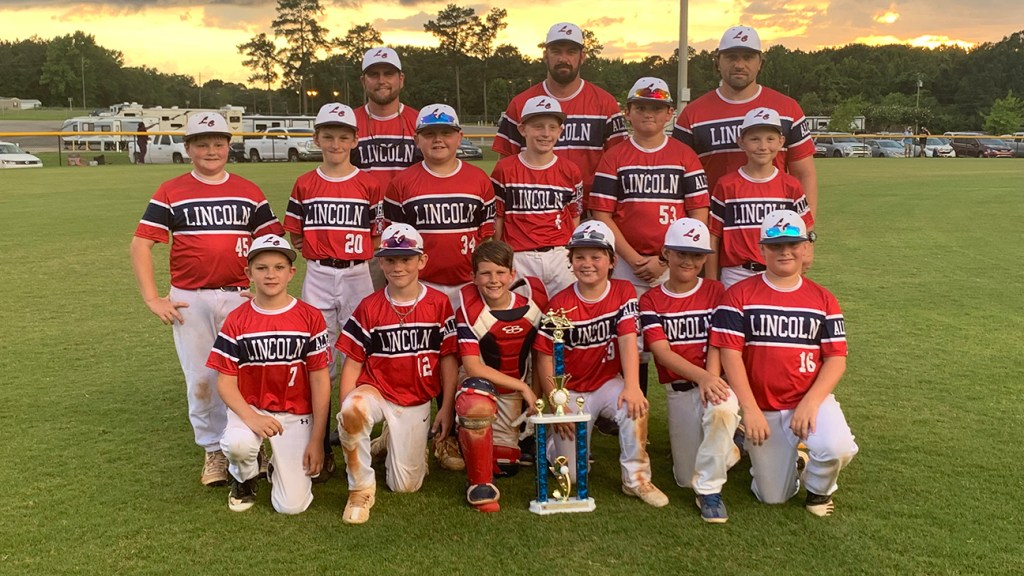 The 10U All-Stars representing Lincoln County took first place Monday in their Dixie Youth District Tournament by beating out Pike and Lawrence Counties for the top trophy.

The team is coached by Waylon Book, Patrick Holcomb and Christopher Robinson.

Next up is the state tournament in Kosciusko on July 9-13.

In the district tournament the LC team got tourney play started Saturday with an 11-10 win over Pike County. They then beat Lawrence County 13-6 also on Saturday before capturing the championship with a 4-3 win over Pike County at the Lincoln Civic Center Baseball Complex on Monday.