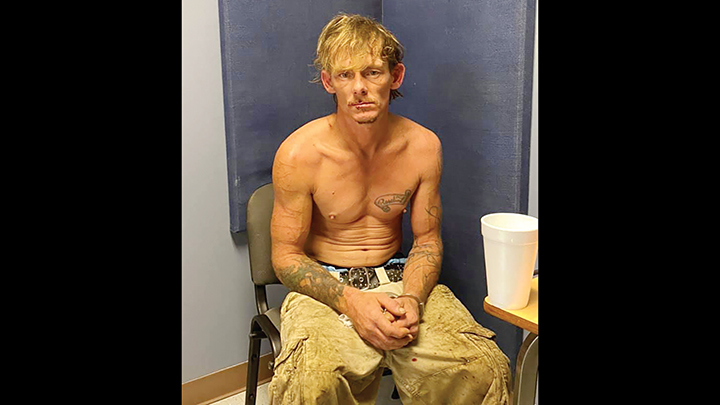 John D.B. Portrey of Brookhaven was taken into custody at 9:44 a.m. after an overnight manhunt. Lawrence County Sheriff Ryan Everett said his office was notified at 5:21 p.m. Thursday by the Copiah County Sheriff’s Office that a 2003 blue Ford Mustang involved in a robbery in the Georgetown area was headed in Lawrence County.

LCSO deputies met the vehicle on Monticello Road North. The car and three suspects were detained, but a fourth suspect — Portrey — fled on foot.

Deputies from Lawrence and Copiah counties, joined by officers with Mississippi Highway Patrol and the Mississippi Department of Wildlife, Fisheries and Parks, searched the nearby wooded area between Monticello and Jerrytown roads using search dogs and infrared-equipped drones. After six hours, the search was called off for the night.

“An observant eye and mindset to do the right thing always wins in the end,” Everett said. “I hated terribly to call the search off last night when we did, but we had exhausted all efforts possible at that point. We did leave deputies in the area all last night. My biggest fear was that he would find a car with the keys in it or a house unlocked and someone else would get hurt.”

Copiah County Chief Deputy Jeremy Thornton said of the three individuals detained Thursday afternoon, one was arrested — James Portrey of Wesson. The Portrey men will both be held in the Copiah County Jail and will likely be charged with armed robbery, Thornton said, for the robbery of the fruit stand in Georgetown and assault on the owner.

Everett reminded Lawrence County residents to lock their homes, vehicles, shops and sheds so as not to be willing victims of theft or other criminal activity.

“It all worked out for the best,” Everett said.