Lincoln 6U All-Stars are state champs 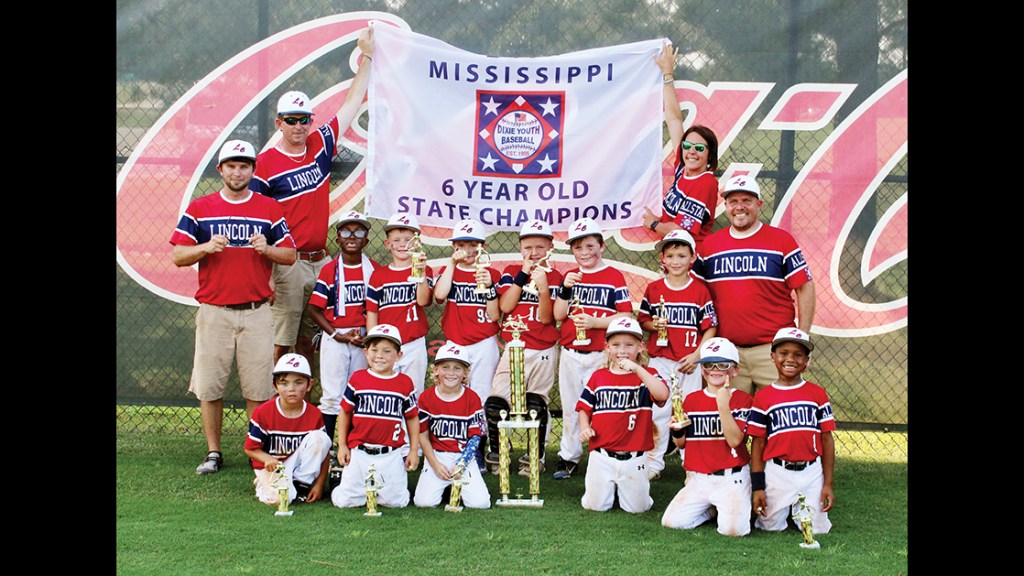 There isn’t a better coach-pitch all-star team in the state than the Lincoln County 6U All-Stars. After steamrolling through their competition last month in the district tournament, they kept winning over the weekend in Laurel at the Dixie Youth State Tournament.

Lincoln County finished with a 6-1 record to capture the state title and earn themselves a berth in the Dixie Youth World Series in Texarkana, Arkansas.

“For kids to only be six years old, this group has such a great knowledge of the game of baseball,” said Rusty Newman.

Newman coaches the team along with Chase Ballard, Randal Ballard and Brandon Wilson.

The only loss of the weekend was to a team from Columbia and the LC All-Stars bounced back to win a rematch of that game for the title.

Lincoln County opened tournament play with an 18-10 win over Laurel Friday. Saturday, they beat Hattiesburg 12-4, Columbia 20-19 and Pike County 16-7. They opened play Sunday with a 14-13 win over Wayne County before dropping a 22-16 loss to Columbia. In the winner-take-all game Lincoln County got revenge on Columbia with a 25-17 win.

“In one game we turned a 4-3-2 double play,” said Newman. “In another we had John Herrington make a throw to the plate from the outfield to the catcher, Tucker Herrington, to tag out what would have been the tying run at the plate. For these boys to know when to cover first and when to go home with the ball, it just shows that our defense was really special, even for a group this young.”