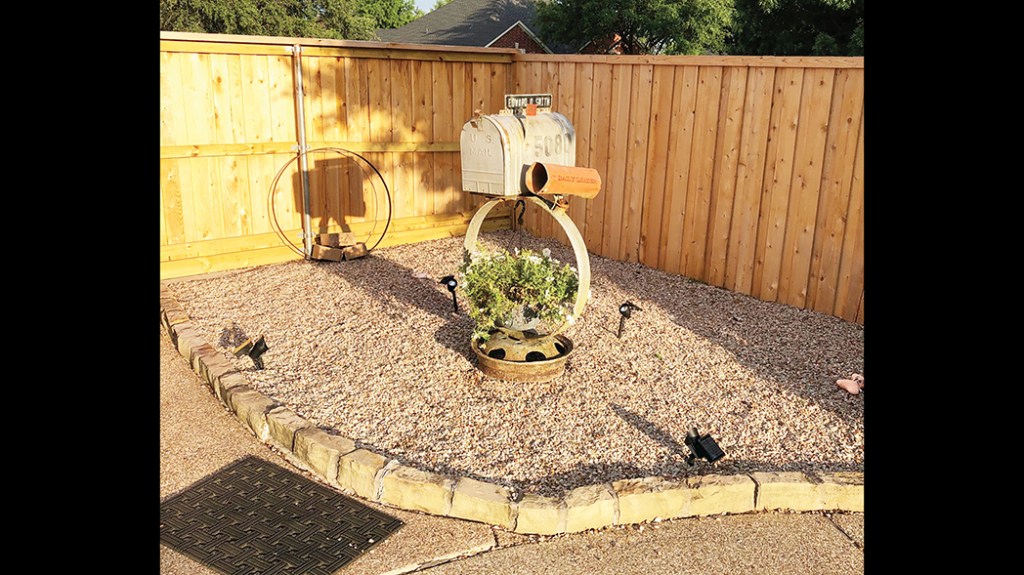 Photo submitted The mailbox of Edward O. Smith — along with its antique delivery tube for The Daily Leader — was originally erected at Route 1, Box 343, Wesson in 1959. It has found a new home at the Texas home of Smith’s daughter, Cynthia Matthews.

A Texas woman is excited about her mailbox — the box, newspaper delivery tube and a dinner bell have traveled more than 450 miles from Wesson to her home.

Erected at Route 1, Box 343, Wesson in 1959 by Edward O. Smith, the mailbox and orange The Daily Leader newspaper delivery tube stood in front of the residence until recently.

Edward Smith Jr. took the box, which is mounted on a wagon wheel and big rig wheel, from what had become 5080 Watson Road in Wesson westward to Texas, to the home of his sister Cynthia Matthews.

The “big mailbox,” as the siblings were always proud to call it, now is a treasured display in her backyard near Dallas.

Smith Jr. also delivered the bell that had been at the farm of their grandparents, Eugene and Maggie Smith.

“The dinner bell was originally at our grandparents’ house located at Route 1, Box 342,” Matthews said. “The bell is over 100 years old. It is also now with a new home at my house.”