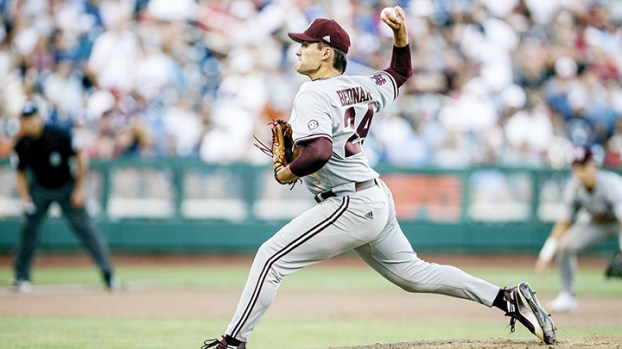 Photo by MSU Sports Info / MSU right-handed pitcher Will Bednar was the No. 14 selection in the 2021 MLB Draft this week by the San Francisco Giants. Bednar won MVP at the College World Series as he helped lead the Bulldogs to the first national title in school history. 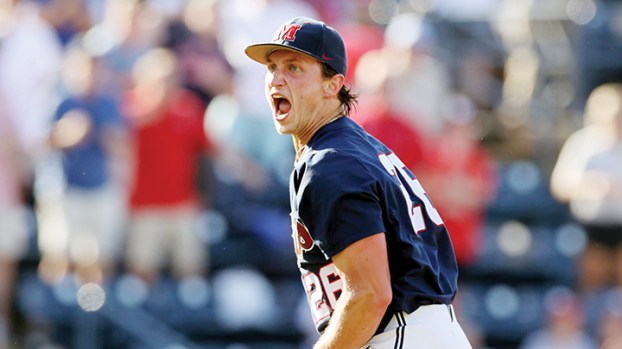 Photo by UM Sports Info Southpaw Doug Nikhazy was the No. 58 overall pick in the MLB draft this week by the Cleveland Indians. Nikhazy went 12-2 in 2021 for Ole Miss and ends his career in Oxford with a combined 24-6 record on the hill. 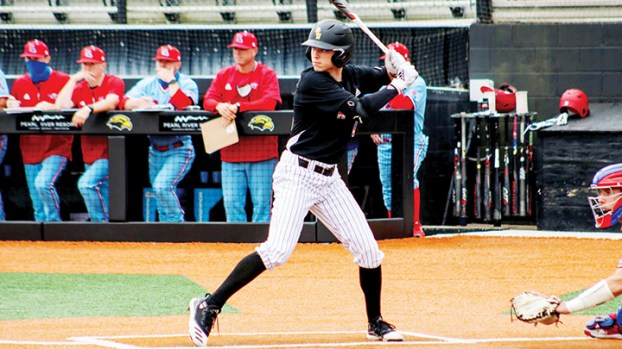 Photos by USM Sports Info Northwest Rankin High School alum and Southern Miss outfielder Reed Trimble was picked No. 65 overall this week in the MLB Draft by the Baltimore Orioles. Trimble hit .345 at the plate for the Golden Eagles while driving in a team-high 72 runs in 2021.

The three-day Major League Baseball amateur draft that began Sunday and ended Tuesday saw plenty of players with Mississippi connections come off the board early.

First among them was Mississippi State right-handed pitcher Will Bednar who was selected 14th overall by the San Francisco Giants. The draft eligible sophomore shot up the boards of many teams with his MVP performance for MSU at the College World Series.

Bedner’s older brother David is currently a major league reliever for their hometown Pittsburg Pirates. Bedner was the fourth college pitcher selected in this draft, behind only Jack Leiter of Vanderbilt (No. 2 pick), Sam Bachman of Miami Ohio (No. 9 pick) and Kumar Rocker of Vanderbilt (No. 10 pick).

Catcher Henry Davis of Louisville went No. 1 overall to the Pirates.

Ole Miss also had a big arm taken in the first round Sunday as right-handed pitcher Gunnar Hoglund went to the Toronto Blue Jays with the 19th pick in the draft.

A native of Port Richey, Florida — Hoglund came into the year as a potential top-10 pick before suffering an elbow injury that required Tommy John surgery.

In his place the presence of left-handed pitcher Doug Nikhazy became even more important for Ole Miss this season. Nikhazy was the ace for coach Mike Bianco and heard his name called early on day two of the draft as he went No. 58 overall in the second round to the Cleveland Indians.

As happens most years, both MSU and Ole Miss had players that were either committed or signed with them go early in the draft and therefore likely bypass the chance to play college baseball.

Maddux Bruns, a left-handed pitcher and MSU pledge from UMS-Wright High School in Mobile, was picked No. 29 overall by the Los Angeles Dodgers.

Two more MSU signees who were taken in the early rounds and who might not make it to campus now were outfielder James Wood of IMG Academy (No. 62 to the Padres) and Pensacola Catholic shortstop Jordan McCants (No. 88 overall to the Marlins).

Southern Miss outfielder Reed Trimble was the first player who prepped in Mississippi to be selected as he went No. 65 overall to the Baltimore Orioles. Trimble played in high school at Northwest Rankin and led USM this season with 17 home runs and 72 RBI in 2021.

The Miami Marlins picked MSU outfielder Tanner Allen with the 118th overall pick in the fourth round. Allen was SEC Player of the Year in 2021.

When things picked back up for rounds 11-20 on Tuesday, the first high school player from the state was selected as Kansas City took Magee High infielder Brennon McNair with the 319th selection.

Also selected Tuesday were Mississippi State outfielder Rowdy Jordan (322 by the Mets) and USM pitcher Hunter Staley (336 by the Indians).