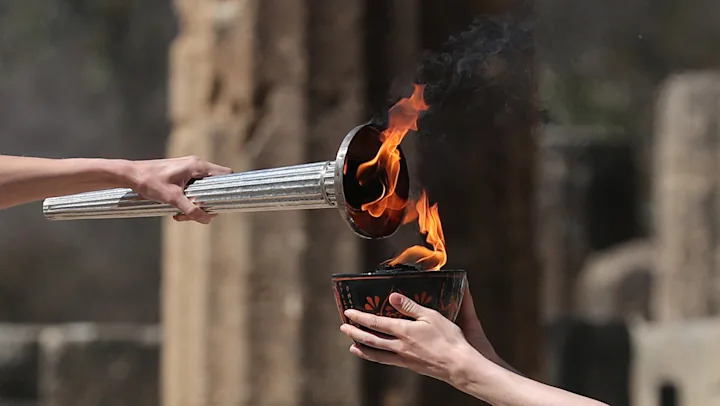 I first noticed the disturbing trait in my friend during lunch, a few years ago.

“Ask me anything,” she said. “Anything about the Olympics. I know it.”

“Are you kidding me? 1980. The Miracle on Ice. Ask me something hard,” she answered.

Ok, then. “Who got the first perfect score in gymnastics?”

Why yes it was, thank you very much.

“Do you even watch the Olympics?” she chided.

The rest of the conversation spiraled downhill, as I sat dumbfounded by the knowledge she offered. Little did I know she really is an encyclopedia of random Olympic facts.

And, while I’m a whiz at Trivial Pursuit, I am a vast desert when it comes to remembering anything other than a few Olympic names and dates.

Then she turned positively giddy. “OK, who was the wrassler who beat the Russian – the one who had never, ever been beaten in competition before?” she asked.

“You just used the word ‘wrassler,’” I answered. “Really?”

“I said ‘wrestler,’ but it doesn’t matter. You know who it was? Of course you don’t! It was Rulon Gardner. How could you not remember that?”

Gardner, it seems, defeated Russian Aleksandr Karelin in the 2000 Olympics. Karelin had been undefeated in 13 years of international competition.

Thanks, Google, for filling in the blanks.

“I’ve got the all-time best Olympic trivia question,” she continued. “In 1976 Nadia Comaneci was the all-around gold medal champion in women’s gymnastics. Who was her roommate at the Olympics?”

What? Her roommate? Did she even have a roommate? I can barely remember Nadia Comaneci.

“It was Teodora Ungureanu.”

“Teodora who? And how do you remember that?”

“I can remember it because she was a teammate of Nadia’s and her name was mentioned in passing during an interview,” my friend said. “I can’t remember to buy toilet paper when I go to the grocery store, but I know Teodora Ungureanu.”

Her vast Olympic knowledge is, as she admitted, a “weird, weird, weird-ness.” But it’s amazing, as well.

“It’s all about the story behind the person,” she said. “I just can’t help it.”

I suspect she’s not alone in her love of the Olympics.

This year the games begin July 23 in Tokyo. They return without spectators, another hallmark of our lives felled by the COVID pandemic. Even so, billions of people around the world will tune in to watch the athletes compete. After a global pandemic, upending our lives and our world for more than year, we crave the competition and the distraction of the Olympics.

We’ll rally around our nation’s athletes, cheering their victories and joining in the heartbreak of defeat. We’ll find new stories, new “moments” to celebrate.

While some of us won’t remember the names of Simone Biles’ roommate 20 years from now or who won the wrestling competition, we will relish in the experience today.

And, for the record, when my friend asks one day, I’ll know that 2021 is the year the Olympics were held without spectators. And that it didn’t dampen our spirit at all.

Stacy G. Graning is general manager of The Daily Leader. Contact her via email at stacy.graning@dailyleader.com. Just don’t send her any trivia questions about the Olympics.