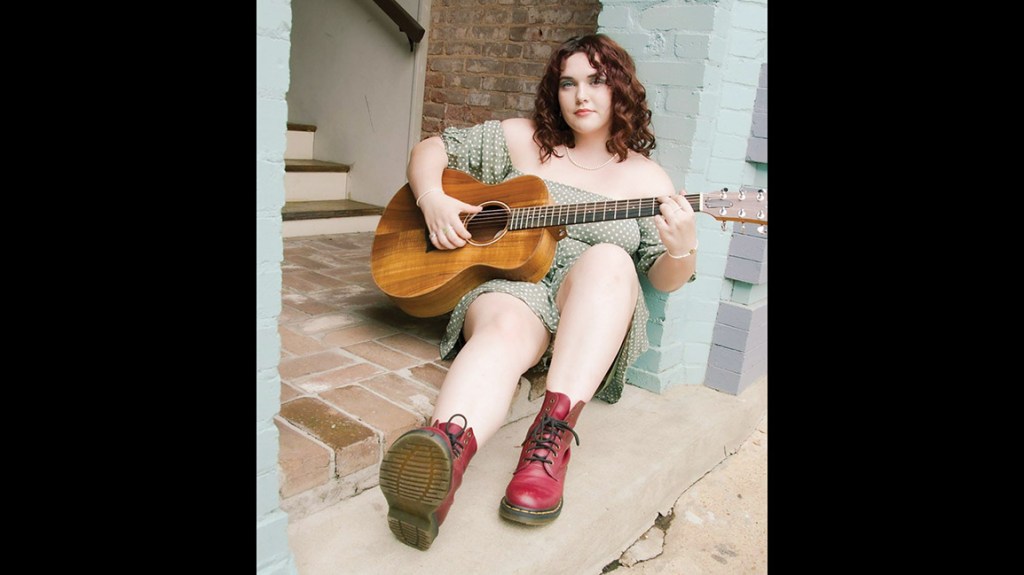 Photo submitted Avery Landrum is a Brookhaven-based songwriter and performer.

Singer, songwriter and multiple-instrument musician Avery Landrum has only lived in Brookhaven for less than a year, but has found the city to be one of the most welcoming she’s ever been.

“I’ve never been in a community where as soon as I got there people really welcomed me, and said, ‘You’re a musician, let me help you out,’” Landrum said. “It’s super inclusive and it feels like we’re one big family.”

Landrum, 19, and her boyfriend moved to the Home Seekers Paradise from St. Francisville, Louisiana, in September 2020 to live with her mother.

“My mom met somebody out here and we moved out here with them,” she said. “My mom is a traveling nurse and they’re in Colorado right now, so we’re watching the house and the dog.”

Landrum said she has been playing music and writing songs for her entire life, and wrote her first song at age 7. Starting with piano, she has taught herself to play several instruments, including guitar, soprano and baritone ukulele, mandolin, bass and drums.

“I also played trombone in high school band,” she said. “But I don’t count that because I didn’t teach myself.”

“I was lucky enough a few times to go to one or two (music) lessons, and would benefit a lot from, like, one guitar lesson,” she said.

She plays by ear, and learned a lot from practicing with a book of chords.

When she performs gigs, like she did this week at The Shack at 550, it is usually just her and her guitar, sometimes adding a ukulele.

“I do a lot of classic rock, basically — stuff by The Eagles, Red Hot Chili Peppers (my favorite band) — all the good stuff,” she said.

Living just a few minutes’ drive from downtown, Landrum said she would love to see more “cool shops,” venues for live music and art, like the murals by local artists Don Jacobs and Derek Smith.

Landrum is a people person who loves to talk.

“I think Brookhaven has been such a good opportunity for me and I don’t think I’ve ever been around so many good people,” she said. “If you see me on the street, come up and talk to me and I’ll talk to you for an hour.”

Though her passion displays itself primarily through music, Landrum says she will probably attend Copiah-Lincoln Community College with a goal to be an English teacher.

“I love to read, and I love to write and my songwriting and English go hand-in-hand,” she said. “And you know change starts with education.”

Landrum’s next performance gig is in Monticello, at the River Bend House of Brews, Friday, July 30, from 7 until 9 p.m.