You can make it, even if it’s hard

I had to jump the gear box from first to third gear.

Second was out and no matter how hard I tried, it wasn’t working. But I wasn’t going to give up. I couldn’t.

My friend Bo and I had been tasked by our school principal to hurriedly deliver the two unladen school buses from the high school to the elementary so the real drivers could load up students and deposit them at their various places of abode.

I don’t know why Mr. McGowan picked the two of us for this task — I was generally trustworthy (and my mom was teaching in a classroom just down the hall) and maybe he figured Bo was slightly more reliable than some of his other options at that late hour. No offense to Bo. He’s probably still shocked over it.

Regardless, we were no doubt eager to be released from the purgatory that was government class. Our “instructor” looked like Abraham Lincoln on a tired day and was in a classroom only because it let him assist coaching round ball in the gym. I have tremendous respect for teachers and coaches, but my recollections of Coach “Lincoln” are not impressive. I’m not sure he even noticed we were gone.

Anyway, Bo and I were told to take the two buses at the front of the queue and go as quickly as we safely could down the highway a half-mile or so. Bo was tall and thin and used his long legs to beat me to the brand new bus, and the only one with an automatic transmission. He cranked it and I saw him laughing as he roared out of the lot.

I mumbled something and climbed into the old-as-red-Mississippi-dirt yellow monster left for me with two hurdles to clear — one, I did not know it had gearbox issues; and two, I had never driven a standard transmission on-road vehicle before. Yeah.

Although I had experience on three-wheelers, four-wheelers, go-carts, motorcycles and tractors, I had not up until this point had opportunity to drive anything else that required manual shifting.

I don’t know if anyone has ever popped a wheelie in a school bus that’s not on a drag strip, but I’m pretty sure it happened that day as I rammed that shifter into third and gunned the engine as I popped the clutch.

I pulled out of the lot and turned east on the highway to travel the short distance required of me that day. It didn’t take long, especially since the bus itself was a half-mile long.

Maybe I needed to be reminded of it years down the line, when I needed a laugh or encouragement that even when situations are not ideal, things can be accomplished after all.

Brett Campbell is news editor at The Daily Leader. He can reached at brett.campbell@dailyleader.com and Mr. McGowan will probably deny everything.

We can invest 12 minutes a day for growth 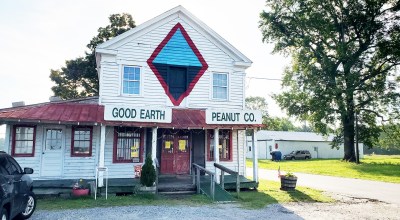 This is a ‘good earth’