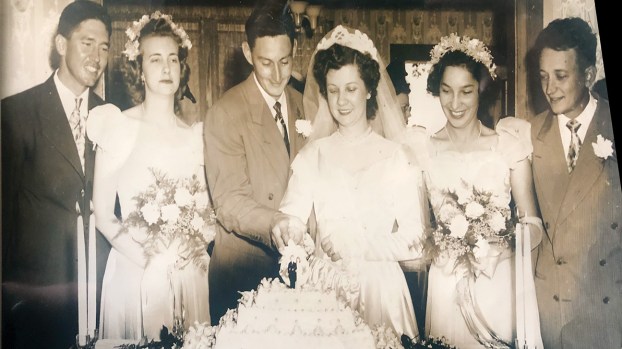 Photo submitted Hazel Bodin, pictured on her wedding day to Royal Bodin, celebrated her 100th birthday July 21. Family and friends honored the occasion with a reception at St. Francis of Assisi Catholic Parish, where Bodin once worked as a crossing guard for the school. 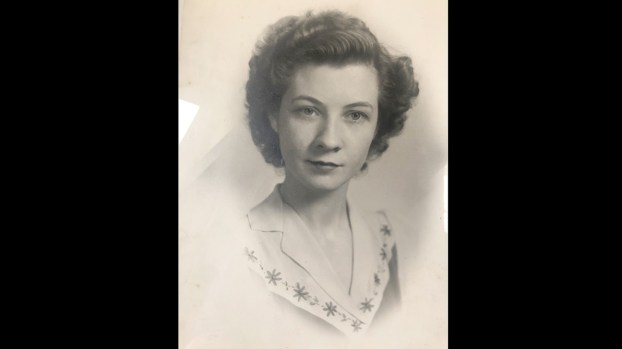 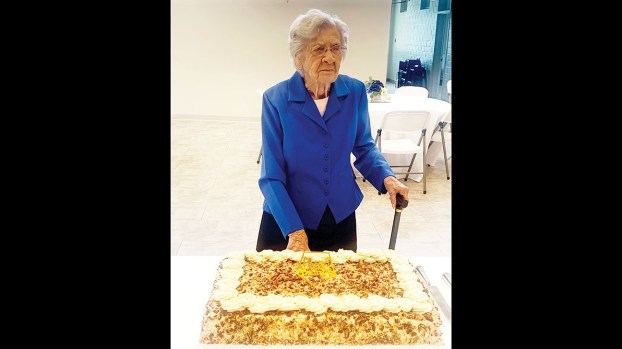 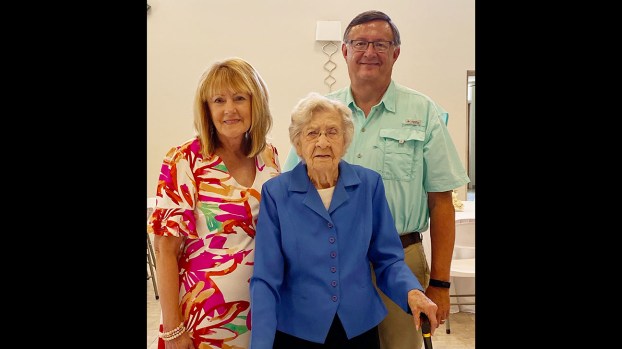 Photo submittedHazel Bodin celebrated her 100th birthday July 21. Family and friends honored the occasion with a reception at St. Francis of Assisi Catholic Parish. Bodin is pictured with her children, Sydney Gardner and Van Bodin. 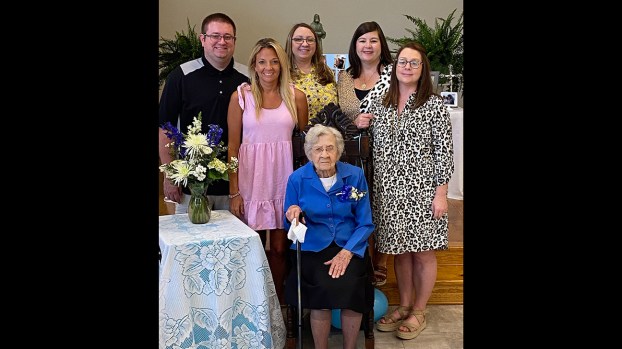 Photo submitted Hazel Bodin celebrated her 100th birthday July 21. Family and friends honored the occasion with a reception at St. Francis of Assisi Catholic Parish. Bodin is pictured with her grandchildren at the reception. 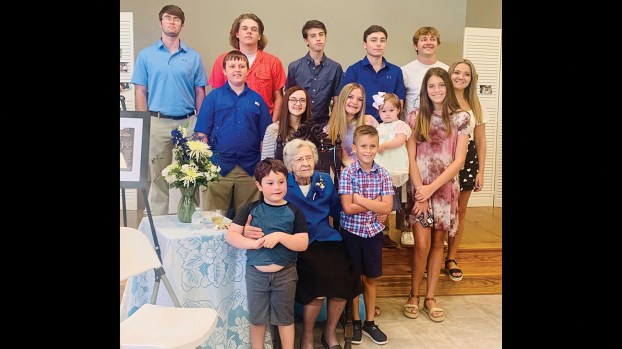 Photo submitted Hazel Bodin celebrated her 100th birthday July 21. Family and friends honored the occasion with a reception at St. Francis of Assisi Catholic Parish. Bodin is pictured with her great-grandchildren at the reception. 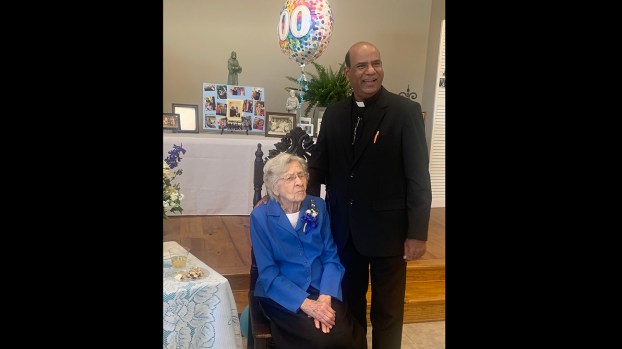 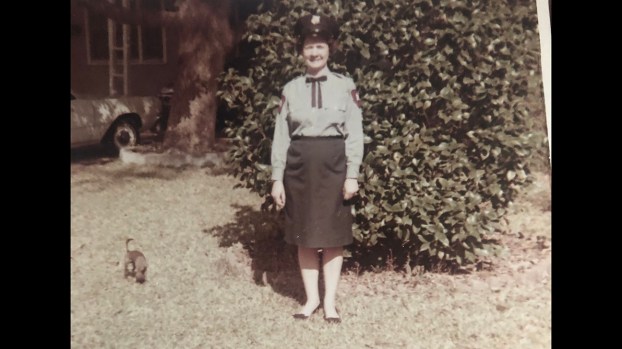 Photo submitted Hazel Bodin celebrated her 100th birthday July 21. Family and friends honored the occasion with a reception at St. Francis of Assisi Catholic Parish, where she once was a crossing guard for the school.

Perched on a sofa in her living room, Hazel Bodin waves her hand as she dismisses the questions.

“Just put that Hazel Bodin turned 100; that’s enough,” she said with a smile and a twinkle.

At 100 years young, Bodin has earned the right to speak her mind, and she’s not shy about eschewing attention. “Just put in a few words, that’s enough,” she says.

Bodin officially marked her 100th birthday on Wednesday, July 21, but she celebrated a few days earlier with a reception at St. Francis of Assisi Catholic Parish. As family and friends celebrated her milestone, Bodin took it all in stride.

She smiled through tributes and presentations, including an apostolic blessing from Pope Francis, and posed with grandchildren and great-grandchildren for photos. And she appreciated the gifts she has received throughout her life.

On this day, with that celebration behind her, she is sitting in the house she has called home for some 70 years, explaining the importance of the clock hanging on the wall — “it was my mother’s … you have to wind it” — and sharing memories sparked by the painting of the Patoutville, Louisiana, home of her childhood and days spent working in the sugarcane fields and factories — “my bedroom was in the front, right there,” she says.

Bodin and her husband, Royal, moved from Louisiana to Brookhaven in the early 1950s. They raised three children — Sydney Bodin Gardner, Van Bodin and Glenn Bodin, the oldest of the three who passed away in 2019.

Bodin poured her energy and efforts into raising her children. “I taught them how to ride a bike and to go to church,” she joked.

“She taught us the importance of family, about just watching after each other and the value of being together,” Van Bodin added.

“But I didn’t teach them to speak French,” she added with a laugh, referring to the Cajun French she still speaks today.

In Louisiana, she worked in the sugarcane farming industry. “I went to LSU … for two weeks,” she joked, explaining that she was attending a program to improve the sugarcane crops. She drove a Model-T Ford “and sometimes I didn’t have a brake,” she says.

In Brookhaven, she worked for a while as a crossing guard at St. Francis Catholic School, which is now closed.

Throughout her life, though, she has been known for her green thumb and meticulous yard and plants.

As a young woman, Bodin gathered seeds from the poppies her mother grew in Louisiana. Each year, she planted those seeds and as the poppies died off, collected the seeds yet again for the next year’s planting.

Keeping busy in the yard is just one of her passions. The other is, simply, keeping busy.

“You know what I did last week?” Bodin queries. “I went and mopped this whole house and dusted it … if you want to stay alive, you have to keep busy.”

She avoids sitting in her nearby recliner — “If I sit in this recliner, I’m going to take a nap” — she said with a laugh.

Instead, she busies herself with housework and family, short trips around town — she renewed her driver’s license this year — church and her plants.

And even though she appreciates the blessing of turning 100, she’s ready for the fuss to pass.