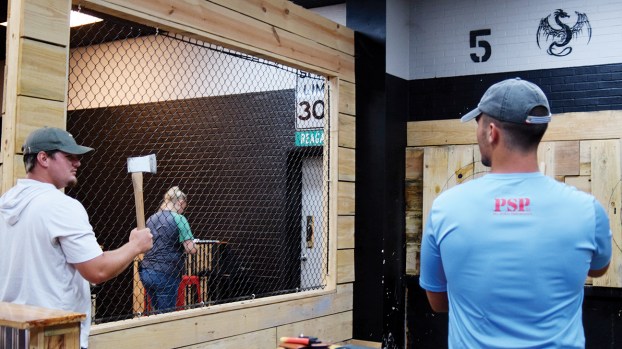 Photo by Emmaline Wolfe Brothers Ben and Luke Davis ready to throw their weapons at Dragon Axes on Hwy. 51 S in Brookhaven. 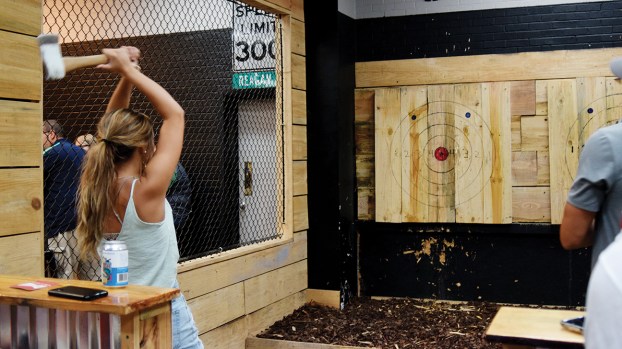 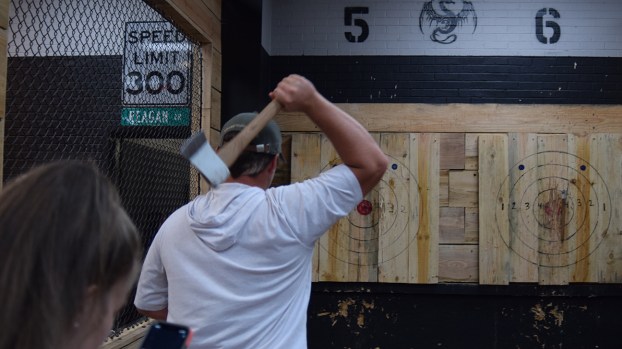 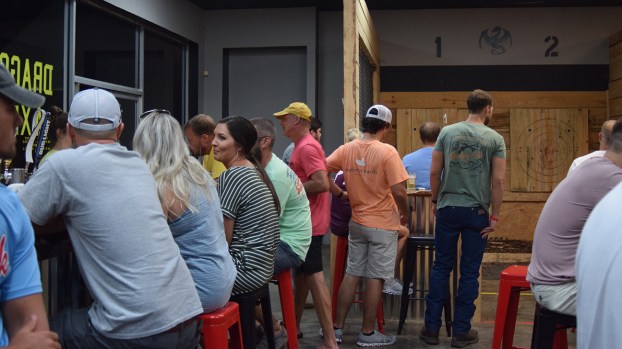 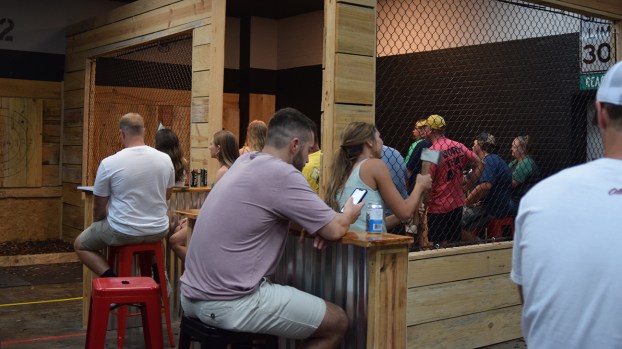 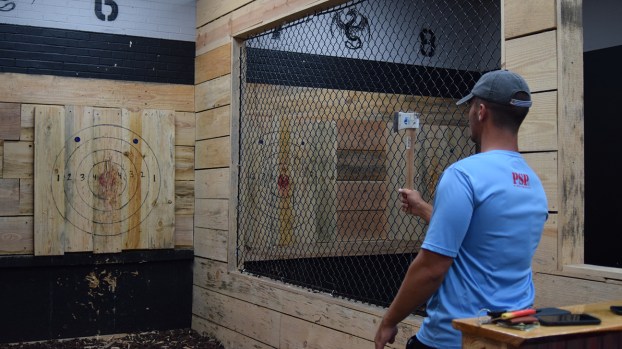 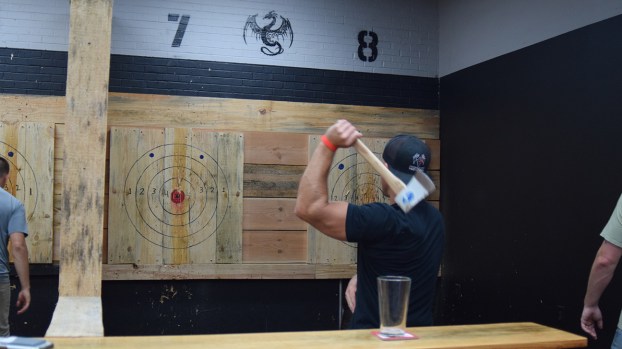 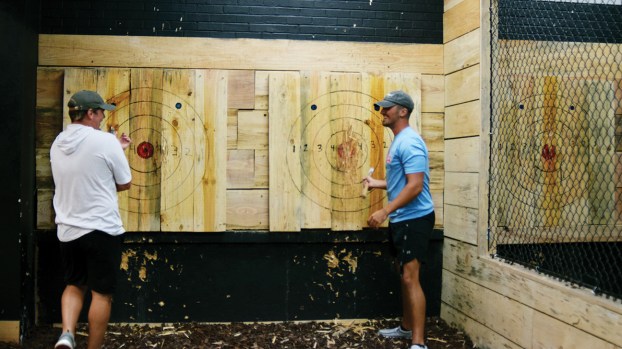 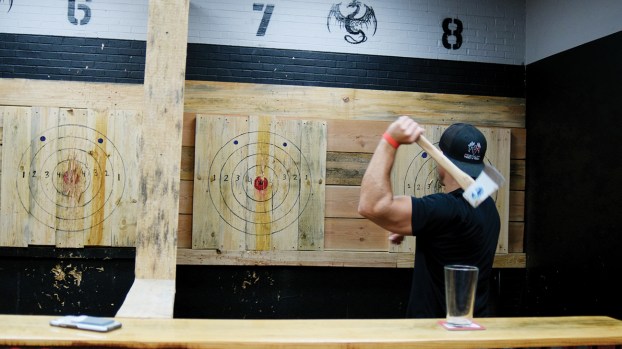 The ax bar opened its doors at the beginning of July. Missouri native Kevin Grubb thought it would be a unique entertainment spot that the city would enjoy.

Grubb had the idea for his ax bar when he stopped by one during a beach vacation. “Within 10 minutes of being there, I said ‘I’m going to open up one of these,’” He said.

Grubb acknowledged that he decided to get into ax throwing at an ideal time.

“I flipped through the news the other day, and it was about ax throwing — the fastest growing sport in the United States,” He said.

To prepare, Grubb worked a night shift at an ax bar in Hattiesburg, where he lives. His other two jobs require him to travel to Brookhaven pretty frequently, so he stays in both towns.

“We go to dealerships and fix all the little dents, scratches, bumpers that nobody else wants to do. We’ve been doing that for 21 years. And then we have another business that fixes wheels,” he said.

As he was working in Hattiesburg, he realized that the primary audience for ax throwers wasn’t what he expected.

“I figured out their market — about 80% of their business was not Hattiesburg, it was all the surrounding areas that didn’t have anything to do,” he said.

“With not much to do in this town, like hanging out in it, I thought this town needs something. And I think I can do pretty good at it,” he said.

He began working on the building in February and had it in full swing only five months later.

“I built everything in here myself. I built every stick of this. I started in February. And I’m just now getting completed, trying to take care of two jobs and some other things, so it just keeps me hopping,” Grubb said.

Grubb says the response from the community has exceeded expectations for the first month of the business. The staff is looking forward to how the future reactions as well.

Dragon Axes is located on Highway 51 next to Ole Brook Tire & Auto Service and is currently operating Thursday through Saturday from 5 pm to 11 pm.