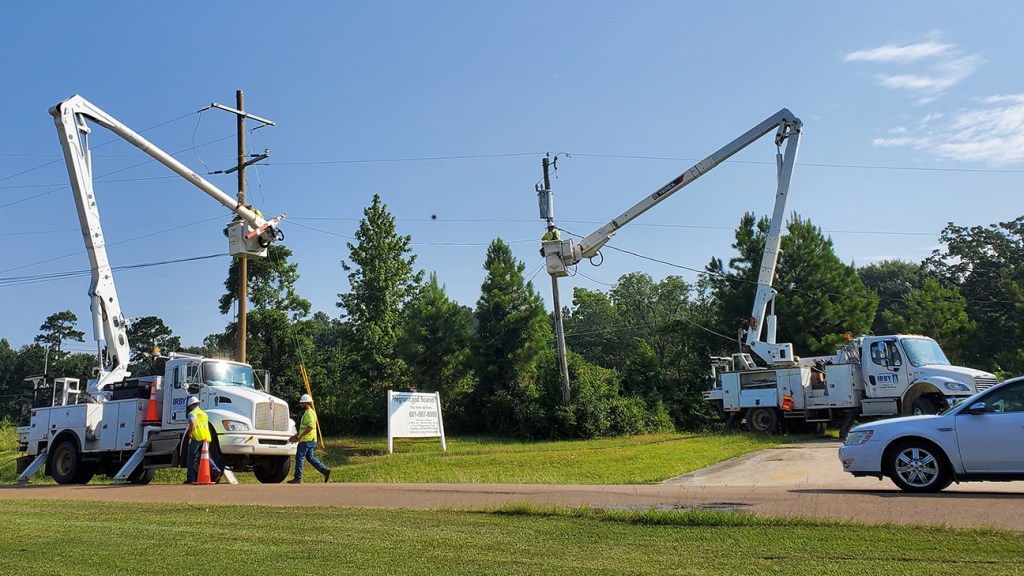 Lightning struck a power pole in Brookhaven Tuesday, causing fallen lines to trap a woman in her vehicle.

Around 1 p.m. Tuesday, July 27, a power pole across Brookhaven Street from the United States Post Office was struck by lightning, obliterating the pole. Power lines fell across an occupied vehicle parked in the USPO lot.

Ainsworth said fire fighters responded, as did Entergy personnel. Once the power company verified the lines were dead, they were able to remove them from the vehicle and the woman left.

Her vehicle suffered only minor damage and she was unharmed, Ainsworth said.