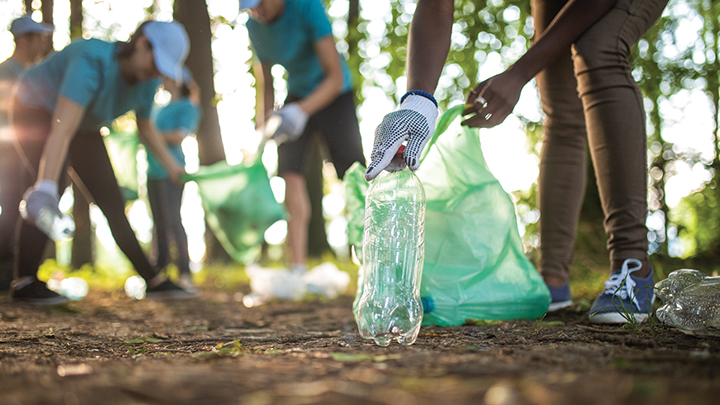 Debris and litter are constant issues in the city.

City of Brookhaven employees follow a schedule five days per week to pick up items placed at the edge of streets. But when the need to dispose of debris continues at a steady pace and not enough workers or equipment are available, the city can’t keep up.

“At this point in time, we cannot keep up with it the way it’s going,” said Director of Public Works Keith Lewis.

So Lewis asked the Board of Aldermen this week to give him authorization to advertise for contractors to pick up debris, leaving the city to continue with picking up “dirty” items. Dirty trash refers to anything non-biodegradable, Lewis said — items such as mattresses and appliances.

Ward 3 Alderman the Rev. Charles J. Caston asked if certain days could be specified for certain wards. Ward 2 Alderman Shannon Moore agreed, saying it would be good for constituents to know when to expect debris to be picked up.

But Lewis said the city has attempted to follow that type of schedule in the past and it simply was not feasible.

“We tried that. It doesn’t work. It would take eight minutes per truck for every house in the city,” he said.

Lewis clarified that dirty pickup does follow a schedule, but with his employees picking up debris and having only three trucks in operation, they have fallen behind on the schedule.

The city will not pick up vegetative debris cut by contractors, including lawn services. Whole-house construction debris will not be picked up, either. Those disposals are the responsibility of the contractor or property owner. Additionally, no tires, paints or chemicals can be picked up.

But it does not matter how big the dirty pile is, Lewis said — it will be picked up if it does not fall into one of those excluded categories.

Fees for dirty pickup are not charged per item or pickup, but are included in water bills in order to provide the service for all city residents, Lewis explained.

“I’ve been fighting this for years. It has kept me up at night,” Lewis said. “I’m trying to help you. Y’all tell me what to do.”

Aldermen approved the director to advertise for bids from contractors for debris pickup. The advertising and bid process is expected to take approximately one month.

The Board also approved an agreement to support an “Adopt a Neighborhood” program to help with litter control.

Johnny Smith — founder and leader of “Guns Down, Balls Up,” a non-profit using sports to get youth involved in something positive — told the Board he has started working with a group of 10 to 15 volunteers to clean up trash in the city.

Every weekend, moving from one community to the next, Smith said he and the volunteers pick up litter to help make Brookhaven look nicer.

“I was born here and have lived here my whole life,” Smith said. “I’m trying to help our city.”

Lewis said the city would support the program by providing a couple of employees on Saturdays to help the volunteers, providing disposal bags and grabbers to pick up litter, as well as disposing of the litter once collected.

“I think it’s a great thing,” said Alderman Moore, and said he would love to see board members help it succeed in every ward.

The group will meet Saturday, Aug. 7, at 7:30 a.m. at the Dr. A. L. Lott Sportsplex on South Martin Luther King Jr. Drive. Anyone who would like to help is encouraged to do so.