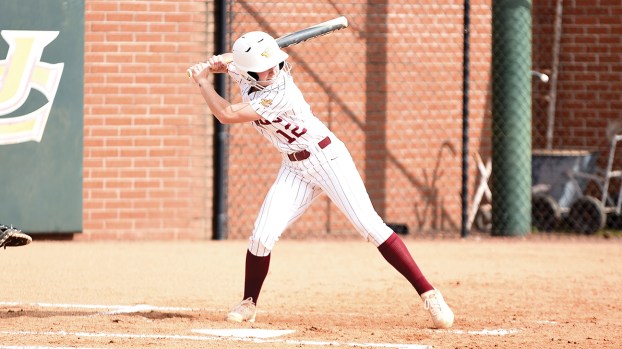 Photos by Jones College Sports Information Kat Wallace (12) waits on a pitch for the Bobcats. Wallace was named by CoSIDA to the 2021 Academic All-America College Division Women’s At-Large Softball Team. 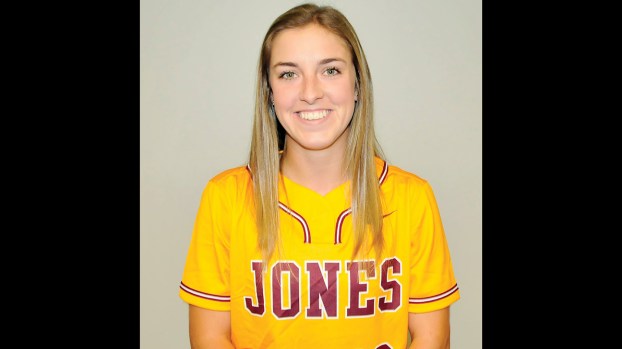 Photos by Jones College Sports Information Kat Wallace (12) waits on a pitch for the Bobcats. Wallace was named by CoSIDA to the 2021 Academic All-America College Division Women’s At-Large Softball Team.

A native Brookhaven softball player at Jones College has been named to the 2021 Academic All-America College Division Women’s At-Large Team.

Kat Wallace was selected by the CoSIDA, the College Sports Information Directors of America. She is only the third Jones student-athlete to be named to the All-America team, joining 2020 selections Lauren Stringer in softball and James McWilliams in men’s tennis.

Wallace, who is a math major, had a 4.0 grade point average at Jones, was a two-year Phi Theta Kappa member, a four-semester President’s List honoree and a member of the Jones Honors College. She was also named a Tullos Scholar, the highest academic award presented at Jones.

She helped the Bobcats to the MACCC championship, Region 23 championship and the NJCAA Division II Softball national runner-up finish in 2021. The Bobcats went 47-9 and were ranked No. 2 in the nation.

Wallace has been involved with numerous community service projects, including with Phi Theta Kappa gathering water and canned goods for local high schools. With Heucks Retreat Baptist Church, she has gone to the Philippines and helped build playgrounds and to Guatemala to help build houses.

Wallace does volunteer work for her church, serves as an assistant softball coach with Brookhaven Academy and walks dogs for the animal rescue league.

For more information on the Academic All-America program, visit AcademicAllAmerica.com.