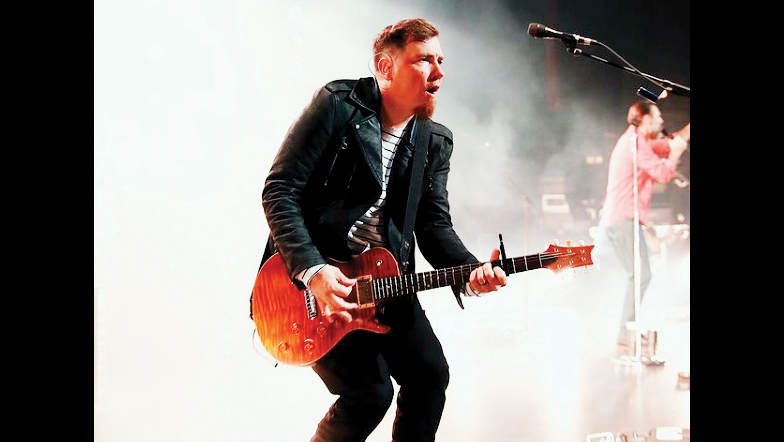 First United Methodist Church will host a free Back to School Concert Friday at 7 p.m.

Mississippi School of the Arts graduates JaMya Bell and Josie Deaton will open for the featured act, guitarist/singer Mark Lee, formerly of the group Third Day.

The outdoor concert will feature Third Day classics, a couple of hymns and some worship songs, Lee said.

Across more than 25 years, Third Day released 13 albums — which sold more than 7 million copies — had 28 number-one radio hits and was inducted into the Georgia Music Hall of Fame. When the original lineup trickled down to just Lee and lead vocalist Mac Powell, Third Day took a hiatus and each musician embraced their solo projects.

When Lee played a show in April in West Georgia — one of his first after the COVID pandemic lockdowns — he was asked to add some hymns to his lineup, so he did.

“I played two or three hymns, a bunch of Third Day songs and a couple of worship songs, and it ended up being this most fun night,” Lee said. “So I said, ‘OK, this is what I’m going to do going forward this year.’”

FUMC’s youth leaders are Dr. Jay and Bethany Ballard. Jay saw an Instagram post from Lee saying he was available for summer shows, so the minister reached out to him.

“This is the youth group I was in when I grew up, and I remember a lot of things — like late-night concerts — where all the churches got together,” Ballard said. “There’s not really anything like that anymore. I just wanted something where all the youth groups in town could get together regardless of denomination to give them something to do and be excited about after the first couple of days of school — to have a night of worship.”

Lee said in the same way a pastor has a desire to preach, from the time he was a young teen he has wanted to use music to connect with people and ultimately point people back to God.

Lee, who is also a worship leader at a church outside Atlanta, said God gives people different things to do in different seasons, but the overarching call He puts on lives stays the same.

“That’s what it’s really all about is sharing God with other people,” he said. “Music is a way to reach people where they’re at. With music, you’re able to kind of reach people in different places and different areas than you would if you were just speaking.”

He hopes people will have fun and sing along, and also get something from his own testimony of how God used the hard times in his life — like a devastating wreck that “sidelined my plans for a while,” he said — for his good, and believe God can do the same for them. His testimony is also in a book he wrote, “Hurt Road,” published in 2017.

“When I am able to look out and see people who are moved by what’s going on and I can tell there is something God is doing in that moment for a person, that is amazing,” Lee said. “I love seeing people get something from the show. And I’m having fun.”

The concert will begin on the front steps of the church on West Cherokee Street at 7 p.m., weather permitting. If necessary, the concert will move inside the sanctuary.