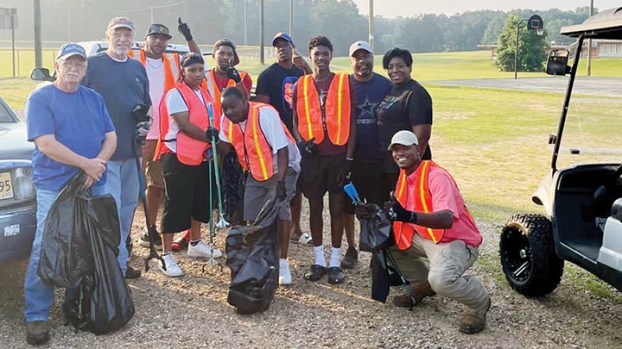 Photo submitted / Volunteers met at Dr. A. L. Lott Sportsplex Saturday and picked up litter in the area. 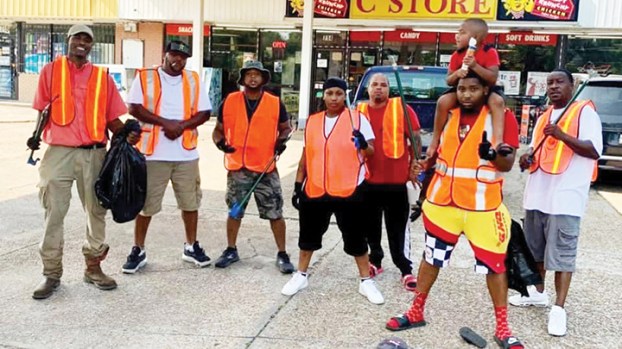 Photo submitted / Volunteers met at Dr. A. L. Lott Sportsplex Saturday and picked up litter in the area.

Guns Down Balls Up founder and director Johnny Smith could not be happier with the response to the past weekend’s litter cleanup efforts.

Smith organized the community cleanup event through his non-profit, which focuses on using sports to help young people get involved in something positive.

At the last Brookhaven Board of Aldermen meeting, Public Works Director Keith Lewis presented Smith and asked the city to approve a litter control partnership with his group. The city would provide garbage bags and pick-up tool grabbers to be used, and would dispose of whatever trash was gathered. Smith would focus on volunteers.

“We worked for three hours straight,” Smith said. “The mayor had sweat dripping off him and worked the whole time.”

Cleanup efforts will continue throughout the city every Saturday, with volunteers meeting at the Sportsplex at the same time each week. From there, they will go out to where they will concentrate their efforts in making the city look better.

For the first work day, Smith said volunteers included a couple of teenagers.

“It was awesome! It’s a growing process,” he said. “We going to go ward to ward, community to community, across the city as a whole.”

This coming weekend, the group will begin at Grenn Street near Alexander Junior High and push toward the Lincoln County/Brookhaven Government Complex.

Smith thanked all the volunteers who helped already and said anyone who wants to help is welcome to join in. The only thing that would prevent a Saturday cleanup effort would be foul weather, he said.

“We most definitely appreciate everything,” Smith said. “It was a big win for our city of Brookhaven.”

Smith is father to four boys, ranging in age from a 20-year-old adult to a two-year-old toddler.

“They are the reason I’ve got to do this,” he said. “I’ve got to leave them a beautiful, clean place to live.”