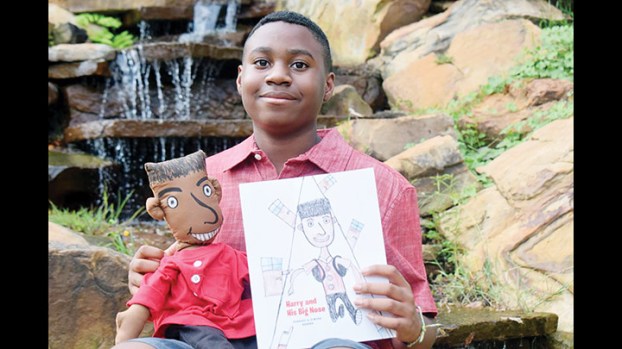 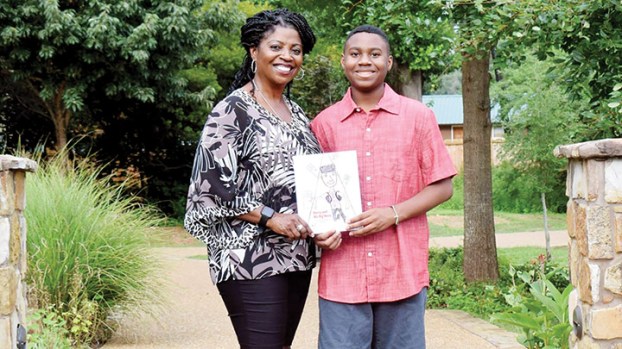 Photo by Raquel Torres/Tyler Morning Telegraph Simeon Hudson, son of Brookhaven High alum Sam Hudson, has written a book to help kids’ self esteem. Simeon and his mother Candace hold a copy of the book “Harry and His Big Nose.” 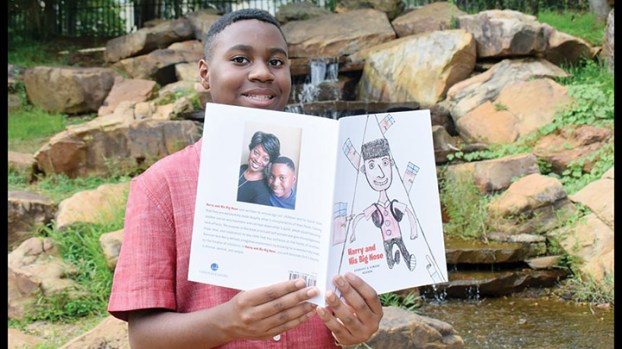 Photo by Raquel Torres/Tyler Morning Telegraph Simeon Hudson, son of Brookhaven High alum Sam Hudson, has written a book to help kids’ self esteem. Simeon holds a copy of the book “Harry and His Big Nose.”

One day, Simeon Hudson saw his friend Jeremiah getting bullied in the hallway for wearing glasses and being called a “nerd” by other peers. Hudson went home from fourth grade that day, still bothered by what had happened. He knew he wanted to do something about it.

Simeon — a student in Tyler, Texas — is the son of Candace Hudson and Sam Hudson, a graduate of Brookhaven High School.

He approached his mother and told her he wanted to write a book about it. Simeon Hudson had been reading books during the time the bullying took place and he was feeling inspired. In his classes, he started getting into writing stories for assigned essays.

“I thought, maybe this is another gift that God gave me, so I asked my mother if we could write a book,” Simeon said.

Simeon and his mother got to work. They got together and wrote the book, “Harry and His Big Nose,” on the computer, while Simeon took care of all the illustrations himself.

“It took us about a year and then COVID slowed us down, so it took a while. It took about until I was in the sixth grade to get it out,” he said.

The story follows Harry, the main character, who is bullied by children at his school, who laugh at him, making fun of his big nose. Simeon illustrates Harry crying from the hurt he experienced.

On the ride home, he’s sad, telling his mother what had happened. His mother tells him he’s unique because God created him, and God made everyone unique and special.

The next day when Harry goes to school, he is proud of his big nose, and when children try to bully him again for his facial features, he doesn’t let it bother him, and at the end of the book, his peers want big noses, too.

Candace Hudson said they chose to write a book about facial features because they are something God created.

Simeon Hudson said he enjoyed drawing, and his mother said readers should see illustrations from a child’s point of view.

In the book, Harry is Black. This was something Candace and Simeon decided to do to make Harry look like Simeon in some way.

“No particular reason, but just because he is Black, we think a lot of kids need to see images that look like themselves, too, to represent Black culture too, not just other cultures,” said Candace Hudson.

Simeon shared the message he hopes his book reflects.

“The way (people) are is unique. It doesn’t matter what other people say, because God created them and he created them to be unique and special,” he said.

The mother and son duo are currently working on creating a Harry series that teaches kids all the things they need to know at a young age. They are in the process of creating “Harry and His Hygiene.”

Some other topics Simeon is considering at this time include manners and exercising.

Simeon is now 12 years old and will be entering the seventh grade at Cumberland Middle School, in Tyler, Texas. His favorite subject is English Language Arts.

Candace Hudson has written three books herself about inspirational poetry.

“That’s why I was really shocked and surprised when he came and said he wanted to write a book, because I thought he was kidding, but he was serious about it. So he may have some little gift, talent going on, who knows,” she said.

The process of publishing began when Simeon’s parents contacted Covenant Books. They submitted the manuscript, and after waiting longer than usual because of the COVID-19 pandemic, the company approved and moved forward with the project.

Initially, the publisher wanted to use their own illustrations, but Candace Hudson asked for her son’s illustrations to be used.

Eight months later, they were finally able to see “Harry and his Big Nose” finished and fully produced.

“We wrote the book to inspire other kids to bring awareness to bullying and also to encourage those kids that have been bullied, that they are wonderfully and perfectly made, whether they have a big nose, little nose, big feet. However, God made them they’re special and they should accept themselves the way God accepts them,” she said.

“Harry and His Big Nose” is $12.95 and is available on Walmart online, Amazon, Barnes & Noble online and on eBooks.