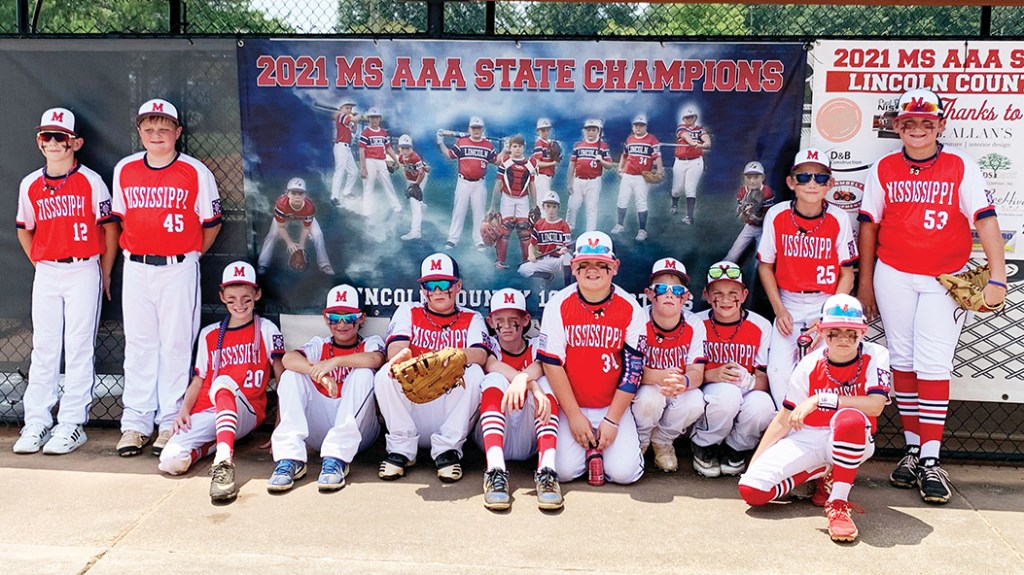 The weekend didn’t go like they’d planned it, but the Lincoln County 10U All-Stars that represented Mississippi in the Dixie Youth World Series had a good time nonetheless.

Playing in the AAA division in Laurel, Team Mississippi dropped its opener Saturday to Team Tennessee by a 10-0 final.

That dropped the Lincoln County All-Stars into the loser’s bracket where they faced Team North Carolina. In a close game, Team Mississippi saw its season end with a 6-3 loss.

Patrick Holcomb, Waylon Book and Christopher Robinson coached the team which won their district and state tournaments with unbeaten records earlier in the summer.

“We didn’t play like we could have, but there were some really good teams there,” said Holcomb. “It’s something the kids will remember forever. All the guys gave 100% in both games and I’m proud of each of them.”

The weekend included several events that the team enjoyed. The opening ceremony on Watkins Field at Laurel High featured each team marching across the stage and being introduced as music played.

The Lincoln County All-Stars didn’t just walk from one end to the other, they danced across the stage which drew laughs from the crowd. Reece Robinson flipped off the exit steps on his way down which also drew some gasps as well.

Holcomb says the team had fun, despite dropping their first two games.

“It was a great experience for the kids,” said Holcomb. “We had a skills challenge Friday night and all the players really enjoyed that. From there we had a team meal and the players all got to trade team pins. It was something that these kids will remember forever.”