Can my pets get or transmit COVID-19? 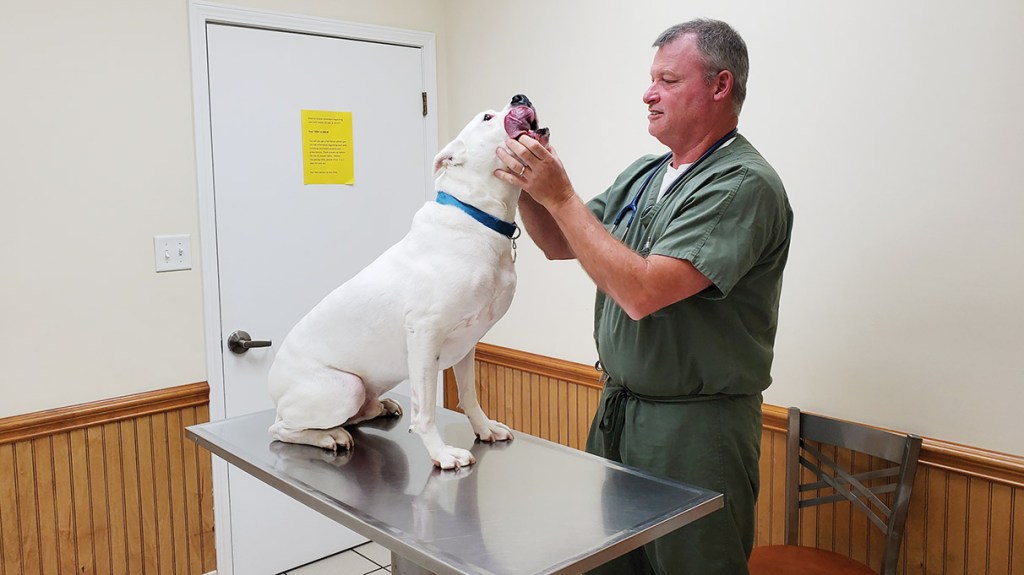 Over the course of the COVID-19 pandemic, people with pets may have spent much more time with them than previously. When stirs the question — can my pet get the virus? Can my pet transmit the virus?

“Right now, what we now is that dogs and cats can contract the virus,” said veterinarian Dr. Bob Watson, but those animals are rarely sick and most likely do not transmit the virus to humans.

Watson and his wife, Dr. Dianne Watson, own and operate Brookhaven Animal Hospital on Hwy. 51 N in Brookhaven. Watson opened his clinic 23 years ago and has practiced as a veterinarian 27 years.

“There is very little evidence whatsoever that an animal can transmit the virus to a human, however,” Watson said. “Pets are not a risk to people as carriers, but we are a risk to them.”

To his knowledge, the doctor said, only one case of a pet having the virus has been confirmed in Mississippi — a dog, whose only symptom was rhinitis, basically a runny nose.

A lot of the science is changing rapidly because a lot of the evidence is rapidly changing, Watson said. The Centers for Disease Control and Prevention and the U. S. Department of Agriculture have sponsored grants for veterinary schools to conduct research on pets in COVID-positive households. The LSU School of Veterinary Medicine has requested information from Dr. Watson’s office to aid in their studies.

“It is well documented that minks on mink farms are getting sick, but right now worldwide the number of infected pets is extremely low considering the number of human cases,” Watson said.

Where animal cases are being seen, they are in dogs, cats, non-human primates, minks and white tailed deer. The reported deer cases have been in Illinois, Pennsylvania, New York and Michigan, with a significant portion of the sampled deer population testing positive for COVID-19. The deer are not getting sick, however, and are safe to eat, Watson said.

The World Organization for Animal Health (OIE) reports “to date, there is not enough scientific evidence to identify the source of SARS-CoV-2 or to explain the original route of transmission to humans.”

Dr. Watson said though the source of the virus is not known, animals can act as reservoirs for a virus — where the virus can persist and mutate rapidly without killing the host.

“But very, very few animals are showing symptoms, and those that have are really statistically insignificant,” he said.

OIE reports that findings from studies show poultry, cattle and pigs are not susceptible to COVID-19 infection.

The CDC recommends keeping pets away from people who are have a current positive COVID-19 test result or are quarantined awaiting results.