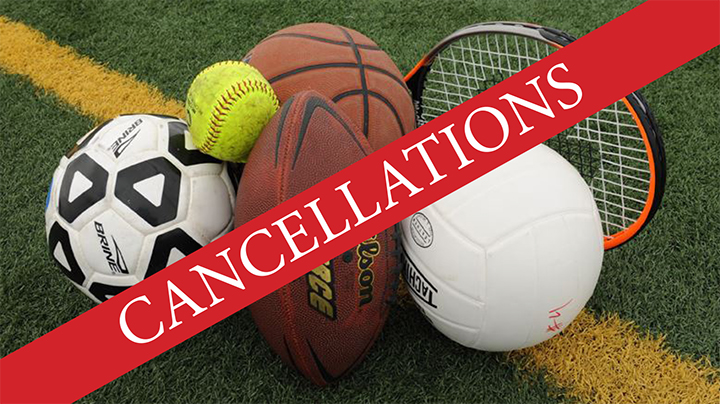 The shuffling of games and schedules due to COVID-19 positive tests and quarantines has hit several area schools and their athletic teams this week.

West Lincoln will not run in the Ole Brook Invitational cross-country meet Thursday at the Hansel King Sports Complex due to quarantine.

The four teams from the Lincoln County School District were all scheduled to play a jamboree on Friday ahead of starting their football regular season next week.

That won’t happen as West Lincoln and Enterprise are out with too many players exposed to the virus.

In it, Martin says that the district has had 26 positive cases in the first seven days of school and 86 exposures.

West Lincoln was originally scheduled to play at Franklin County in Meadville on Aug. 27 for the season opener between both teams. The schools are now planning on playing a jamboree on that date at Franklin County.

Wednesday night Franklin County Superintendent Chris Kent announced his district is going to a designated virtual learning schedule due to COVID-19 cases within the school system.

The calendar released by Franklin County Schools has the district staying in an alternating virtual format through the end of Sept.

This week the MHSAA executive council voted to allow schools that are fully virtual to hold practices if approved by their home district.

Schools cannot play games or enter competitions while being fully virtual. The ruling pertains to volleyball, football and cross-country.

In an email, MHSAA Executive Director Ricky Neavis laid out the guidance put forth by his board.

“Schools who choose to go to a Hybrid schedule where at least 50% of the academic day is in person learning will be allowed to play their scheduled games,” reads the email. “Schools or students who choose to go 100% virtual will be allowed to continue to practice with school district consent but will not be allowed to play their scheduled games until a return to in person learning. Schools who are 100% virtual and allow practice to continue will be limited to 2 hours per day practice at the conclusion of the regular school day.”

Neavis and the executive board also laid out rules for a 14-day acclimatization period.

“Schools who are going to quarantine need to fill out the form on our website with the correct information to insure they do not violate this period,” Neavis writes. “If schools quarantine after the period is completed, they can begin practice immediately upon return to school. If you have completed 5 days of this period, you must practice 5 days before playing. If less than 5 days of the acclimatization period has been completed, that school must start over. There are the procedures for return to play after quarantine if schools are not allowed to practice by their local school district.”

Enterprise had hoped for a swifter return to the field as quarantine lifted for the team this week allowing practice to resume.

EAC coach Trey Woodard and his team are scheduled to play at Hillcrest Christian in their season opener on Aug. 27.

Loyd Star was scheduled to play Mize on Aug. 27 at home, but that game has been scratched as Mize and other Smith County Schools are now in a virtual learning setting for two weeks.

A 13-year-old Smith County student passed away on Saturday after falling ill at school with COVID-19.

St. Andrew’s Episcopal from Ridgeland will now fill the spot against Loyd Star in the opener next week.

The BHS volleyball program played their home opener on Monday and then had to cancel the remainder of their scheduled matches this week and a game at South Pike next week.