Pandemic will only get better if people ‘do your part’ 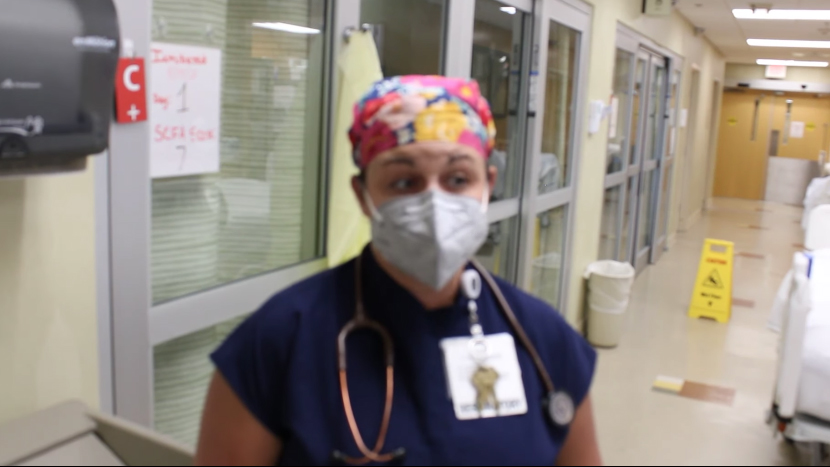 Facebook screen grab / King’s Daughters Medical Center Respiratory Manager Honor Wallace said in a Wednesday video posted to KDMC's Facebook page the only way the COVID-19 pandemic will improve is if everyone does their part.

A Brookhaven respiratory professional says the only way the COVID-19 pandemic will get better is if everyone does their part.

“If everyone would just do your part to get vaccinated, wear your mask, wash your hands. If you’re sick don’t go around other people, stay home. Do your part,” Wallace said.

Thursday, the Mississippi State Department of Health announced what is now the second-highest one-day total of new COVID-19 cases since the beginning of the pandemic — 4,807 positive test results.

Since Aug. 5, seven of the state’s nine highest one-day totals have been reported.

Twenty-one new deaths have been reported statewide, as well.

KDMC’s intensive care unit has eight beds. The highest number of ventilated patients at one time the hospital has treated has been 15, nearly twice normal capacity.

“We have had multiple patients in one room, and that’s also with three out of our four trauma rooms in the ER having two ventilated patients in there together,” Wallace said.

The number of patients in ICUs statewide has jumped by almost 40 to 486, with two-thirds of these on ventilators — 319 people.

Wallace said the hospital was overwhelmed at the beginning of August, but was able to get extra vents from a rental company and the state.

“I’ve been here 21 years. I’ve never, ever seen this before,” Wallace said, her voice breaking with emotion. “When it comes time to have to tell a patient that their only chance of survival is to place a tube down their throats, the fear and anxiety is just overwhelming. And it’s not just the patients — it’s also us, because when we bring our patients in her they become family.”

“We’re overwhelmed. We’re understaffed,” Wallace said. “The only way this is ever going to get better is to do your part, be respectful and do what is asked of you so we can get through this together.”