Britt begins senior season where else but 1st? 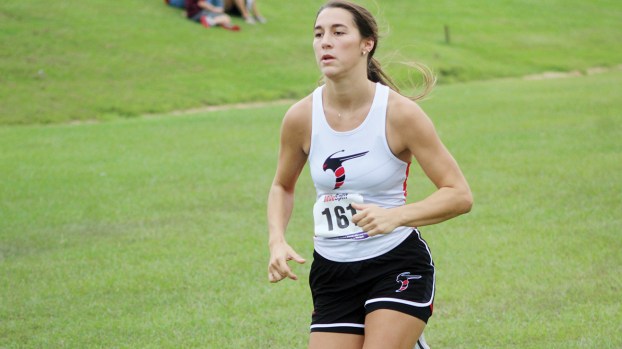 Photo by Cliff Furr/ Loyd Star senior running star Aubrey Britt will attempt to bring her fifth-straight MHSAA 2A title back to Hornetville in November. 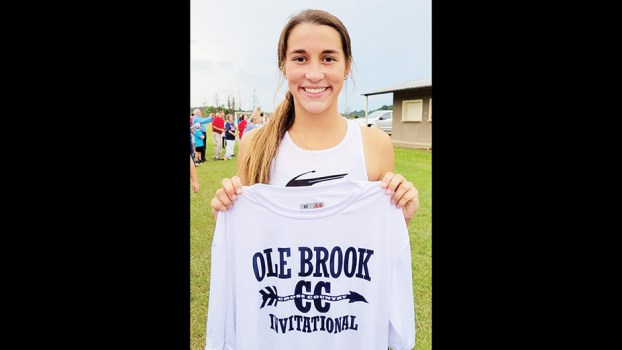 Photo submitted Loyd Star senior running star Aubrey Britt will attempt to bring her fifth-straight MHSAA 2A title back to Hornetville in November.

When Loyd Star senior Aubrey Britt was in seventh grade, she decided 15th place wasn’t good enough and she’s worked to be in first ever since.

Britt won the MHSAA 2A Cross-Country state title as an eighth, ninth, 10th and 11th-grader. In November she’ll look to make it five in a row at the state championship meet held at Choctaw Trails.

Thursday, she began her senior season by cruising to the finish line in first place at the Ole Brook Invitational. Britt finished the race in 21 minutes and 33 seconds. The second-place finisher, Evely Mata-O’Dwyer of Clinton High, finished a full minute behind in 22:34.

“When I finished in 15th place, I knew I didn’t want to be 15th again, I wanted to be first,” said Britt. “It just bothered me, I said I’m not doing this again.”

Britt’s summer isn’t dedicated to only running. She gets her workouts in with the Loyd Star team coached by Michelle Case along with extra work done on her own.

Those runs have to be fit in around other sports though as Britt is also a standout in softball and basketball at Loyd Star. She’s been named to The Daily Leader All-Area team in both those sports during her career, winning Defensive MVP last season in softball.

Her pace was easy and unhurried at the meet Thursday. She led from the starting horn and never had anyone close throughout the two laps that covered 3.1 miles around the soccer game and practice fields at Hansel King Sports Complex.

As the race rounded the corner towards the finish line, Britt pumped her arms and threw her head back to hit a higher gear over the final 300 feet of the course.

Her championship speed wasn’t needed as she was close to 80 seconds slower Thursday than she was in the 2A state meet last year.

Being that far out in front during race can be a lonely feeling.

Loyd Star has a growing program with lots of younger athletes, but Britt hasn’t had many female peers on the team that could keep up with her over the years.

While growing up she’s trained with boys on the team, but she’s also spent lots of time running on her own.

Cross-country is a team sport, but it’s also an individual one for those who run at the level of Britt. So, how does she keep herself motivated now as a senior who’s already holding four first place medals in her career?

What keeps her running?

“I know I don’t really have anyone pushing me in practice like some of the bigger schools with more people on their team,” said Britt. “So, I’ve got to push myself and that helps me in a race. I have a voice in my head telling me to keep going. I listen to that voice instead of the one telling me that it’s just me and nobody will know if I’m working hard or not.”

Britt says the plan now is to focus on running in college. She’s not completely set on which school she’ll choose, but she has a front runner that she says will most likely be her selection.

Look for her at the front wherever Loyd Star is running — she didn’t sign up to finish in 15th place.