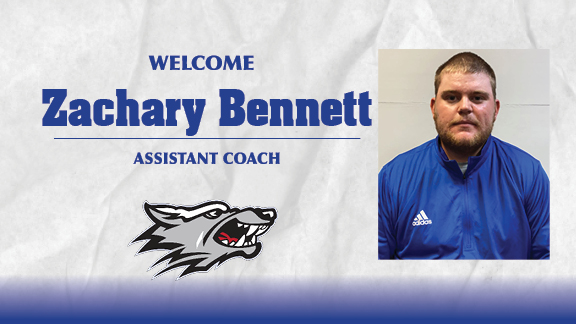 Bennett hails from Kings Mill, Ohio and comes to Co-Lin after working as an assistant at Florence-Darlington Tech last season. Located in Florence, South Carolina, the school went 46-8 and made the NJCAA Division I World Series last season.

Bennett got his coaching start at Kings High School in his hometown. He played collegiately at Maryville College (TN) before transferring to finish his studies at the University of Cincinnati.

“We are excited to add Zach to our staff,” said Smith in a release from the school. “He was part of a great program in 2021 that made it to the NJCAA D1 World Series, and he knows what it takes to win.”

He’s the second new hiring of the year for Smith as he joins first year assistant CJ Estave on the 2021-2022 staff for Smith.

Kreg Garner and Jack Edmonson were Smith’s assistants last season when Co-Lin finished 19-24. Edmonson was hired to be the new head baseball coach at Southwest Mississippi C.C. after the season.

CLCC also got good news in the return of sophomores Kenner Bizot and Tom Biggs deciding to use their extra year of COVID-19 eligibility while staying at the school.

Bizot is a utility player from Wesson while Biggs is an infielder that transferred from LSU prior to last season.

Sophomore Tanner Watts of Brookhaven Academy returns to the lineup and is joined by his former high school teammate Brady Spring who transferred to CLCC after playing last season at Jones College.